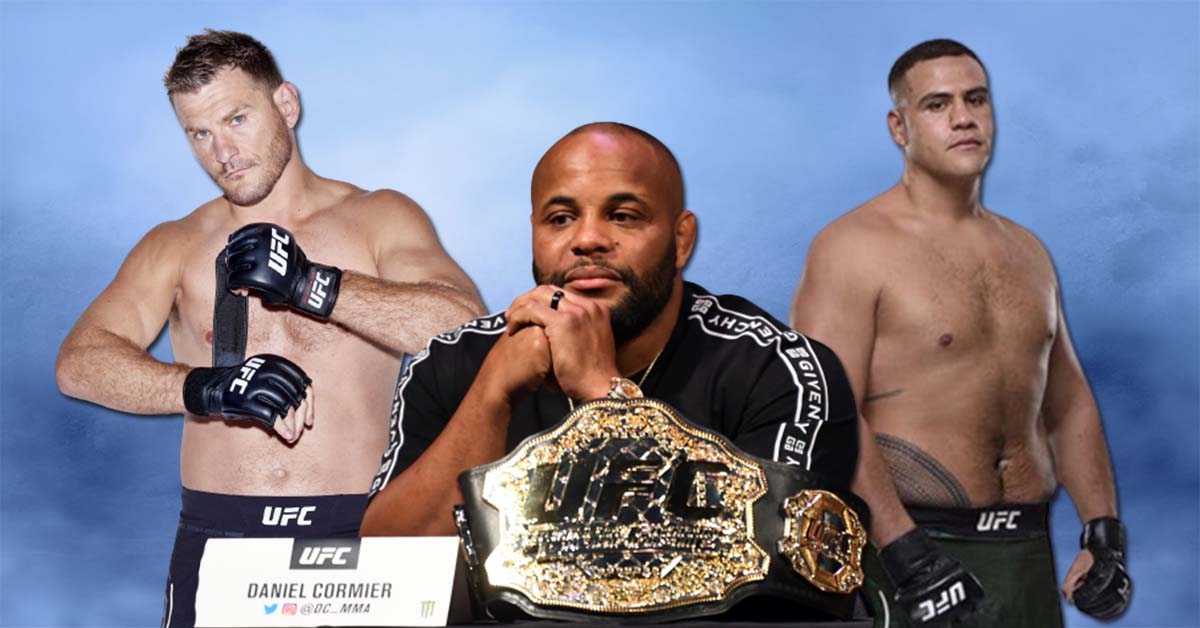 Daniel Cormier isn’t sold on a Stipe Miocic vs. Tai Tuivasa matchup coming to fruition. While Cormier praised ‘Bam Bam’ for issuing a callout, he isn’t sure if the bout is likely to materialize.

According to ‘DC’, Miocic’s résumé warrants championship matchups. Cormier believes that the former heavyweight champ is past the point in his career where he can act as a stepping stone for surging fighters like Tuivasa.

During a recent episode of the DC & RC show, Cormier said:

“I tap in at the attempt. I don’t believe that it’ll happen. This will come out a little bit disrespectful, Tai is my boy… Miocic has done enough in the game Ryan, to warrant certain matchups. So when you start saying stuff like Jon Jones vs. Miocic, Francis Ngannou, world champions versus Miocic, okay. But I don’t think Stipe is at a point in his career where he is there to elevate guys. Dude has championship aspirations. So I tap in on my boy Tai for the attempt, I just don’t know if it’s gona happen.”

Watch Cormier’s take on a potential Miocic vs. Tuivasa bout below:

Tai Tuivasa has created waves in the UFC heavyweight division with five consecutive knockout wins. Tuivasa recently made a huge jump in the rankings, rising to No.3 after a brutal KO win over Derrick Lewis at UFC 271.

The Australian now has his eyes on former UFC champion Stipe Miocic, who is one spot ahead of him in the rankings. Tuivasa recently told Ariel Helwani on The MMA Hour:

“I just think that that’s the fight. He’s [Miocic] in front of me. That’s who I’d like to fight just because he’s been around, he’s older and I don’t think he’ll have many more left. I’d like to have a crack at him before he goes. He’s the best heavyweight of all time, so why wouldn’t I want a crack against him? Just like the knockout king [Derrick Lewis].”

After four successful title defenses at heavyweight, Stipe Miocic was dethroned by Daniel Cormier at UFC 226 in 2018. Miocic claimed his title back a year later in a rematch at UFC 241 and defended it in a highly anticipated trilogy bout against ‘DC’ at UFC 252 in 2020. The Ohio native then lost his title to Francis Ngannou via a vicious KO loss at UFC 260 last year.