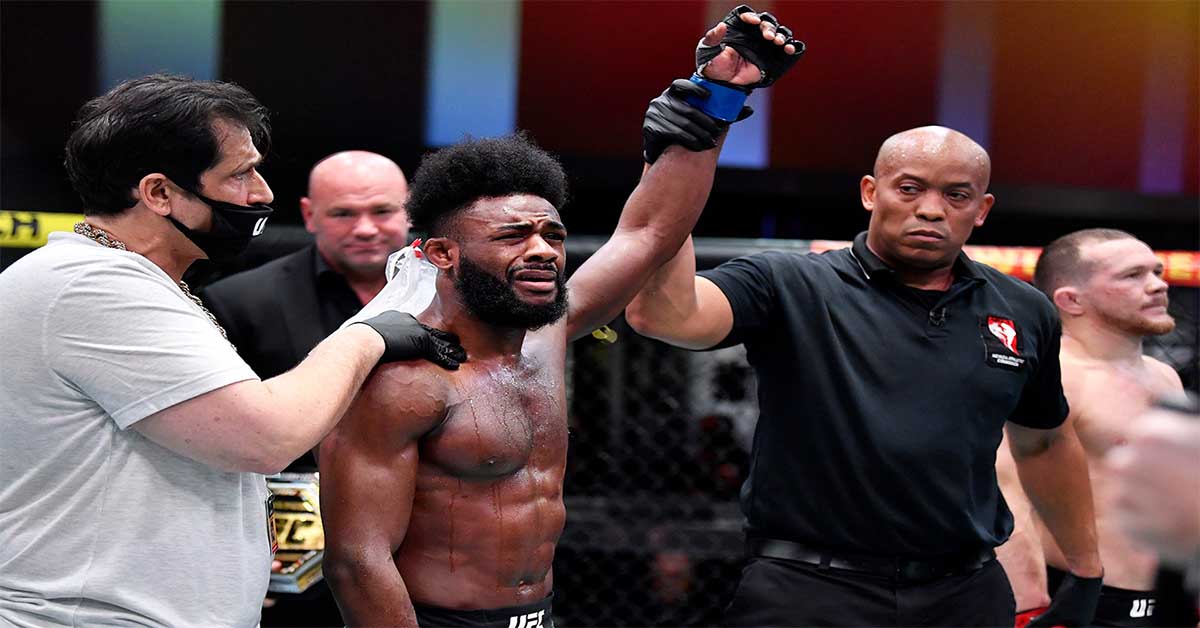 Aljamain Sterling is leaving no stone unturned in preparation for his upcoming bantamweight title unification fight against Petr Yan. Yan and Sterling are set to rematch in the co-headliner of UFC 273 on April 9 at the VyStar Veterans Memorial Arena in Jacksonville, Florida.

Heading into the fight, Sterling seems to be in prime condition and is looking to “shock the world” in the rematch. ‘Funk Master’ took to Twitter to share a clip from a training session where he can be seen practicing high kicks. In the caption, he wrote:

“Round 2. Easy work! Barely breathing! We must be getting close to fight night! Shock the world, I will!”

Although Aljamain Sterling is the reigning bantamweight champ, there are fans and critics who don’t regard him as deserving of the title. Sterling is the only champion in UFC history to have won the title via disqualification, after being hit with an illegal knee by Yan during their first fight at UFC 259 last year.

If he manages to beat Yan in the rematch at UFC 273, Sterling will prove his naysayers wrong. Yan became the interim champ after beating Cory Sandhagen in a five-round thriller which took place at UFC 267 back in October last year.

Looking back at his first fight with Petr Yan, Aljamain Sterling feels that he dominated four rounds of the fight before being hit with an illegal knee to the head. Referring to Yan as a cheat, Sterling said he allowed ‘No Mercy’ to take the easy way out in the fight.

According to Sterling, Yan doesn’t deserve a rematch against him. Having said that, now that the fight’s already been booked, the American has vowed to pick up yet another win over his Russian counterpart in their rematch. In a recent post on Instagram, he wrote:

“One year ago on this day, I forced the Cheatr Rat to take the easy way out, after I dominated him for 4 Rounds, and made him surrender his paper belt. Now in 5 weeks I will grant him the rematch that he doesn’t deserve and make the score 2-0. On April 9th you will have no where to run!”