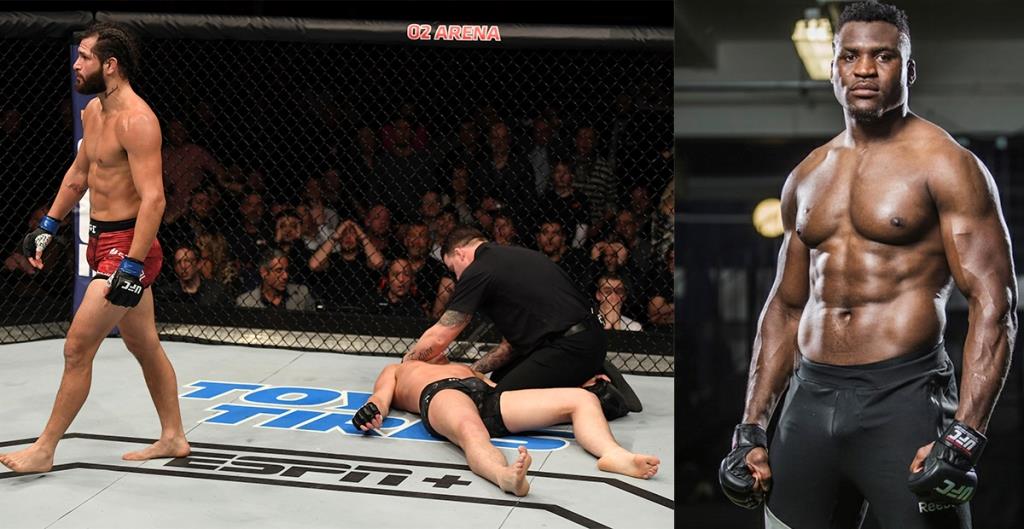 Francis Ngannou is scheduled to meet Ciryl Gane in a highly anticipated title unifier at UFC 270. Ahead of his upcoming bout, Ngannou shared his opinion on various UFC fighters.

Among others, ‘The Predator’ weighed in on ‘BMF’ titleholder and welterweight contender Jorge Masvidal. According to Ngannou, Masvidal is a good fighter with a sound understanding of the fight game.

The Cameroonian recalled the Miami native’s second-round knockout over Darren Till, which happened despite Masvidal going in as an underdog.

The heavyweight champion also lauded ‘Gamebred’ for his craziness, which he believes is essential for the fight business. Francis Ngannou said on his YouTube channel:

“Jorge Masvidal. Very interesting guy [chuckles]. He is a good fighter though. Pretty good. He fought Kamaru twice and before that he had some great great fights, some great knockouts. A fight that he was even like, underdog. I remember when he fought Darren Till, I think it was in London. Yeah, in that fight he was underdog, you know. But he knock him [Till] out cold. And everything that he did was clean. He knows exactly what he is doing. He understand the fight game even though he also has his little side of craziness, which is good and which is needed for the fight game.”

Jorge Masvidal made his second title bid against Kamaru Usman in the main event of UFC 261 last April. Usman once again defeated Masvidal, dispatching him with a flush right hand early in round two.

While Usman was in Francis Ngannou’s corner when he won the title against Stipe Miocic, ‘The Predator’ wanted to return the favor when he fought Masvidal. As Usman’s brother Mohammed was unable to be in his corner, the champion called upon Ngannou.