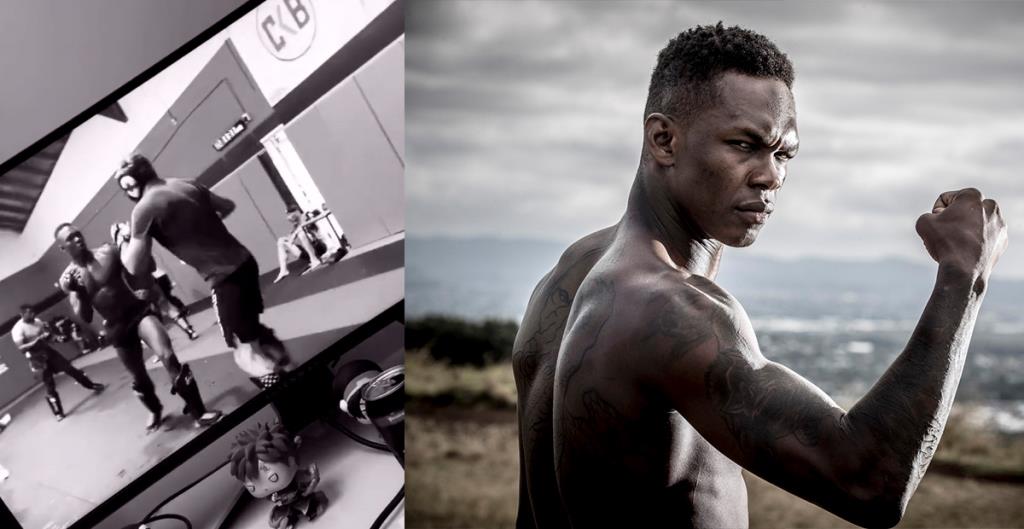 Israel Adesanya, the current middleweight king, has been working hard on his wrestling.

He posted a video via Twitter demonstrating his wrestling skills. In the clip, Adesanya can be seen landing a huge takedown on his sparring partner.

Already considered as one of the best strikers in the UFC, ‘The Last Stylebender’ is undefeated in the UFC middleweight division. However, critics claim that the Kiwi has room to improve in the grappling and wrestling departments.

The same was visible in his fight against Jan Blachowicz when he challenged the Pole for his light heavyweight title.

In the fight, Adesanya was overwhelmed by Jan Blachowicz’s wrestling and strength. The former light heavyweight champion easily controlled the Nigerian native on the ground. Blachowicz subsequently cruised to a unanimous decision victory at UFC 259.

Adesanya being humbled by Jan Blachowicz on the ground was a bit of a surprise. ‘The Last Stylebender’ has one of the best takedown defenses in the octagon but size could have played a role in this. Adesanya had to move up a division as he challenged the Pole for the gold.

Things have been better for Adesanya in UFC’s middleweight division. ‘The Last Stylebender’ has defeated accomplished wrestlers and grappling specialists such as Derek Brunson, Marvin Vettori, Yoel Romero and Robert Whittaker.

The middleweight king will now face Whittaker in a rematch for the title on February 12th at UFC 271. The pair have been training hard for this big clash in a month’s time.