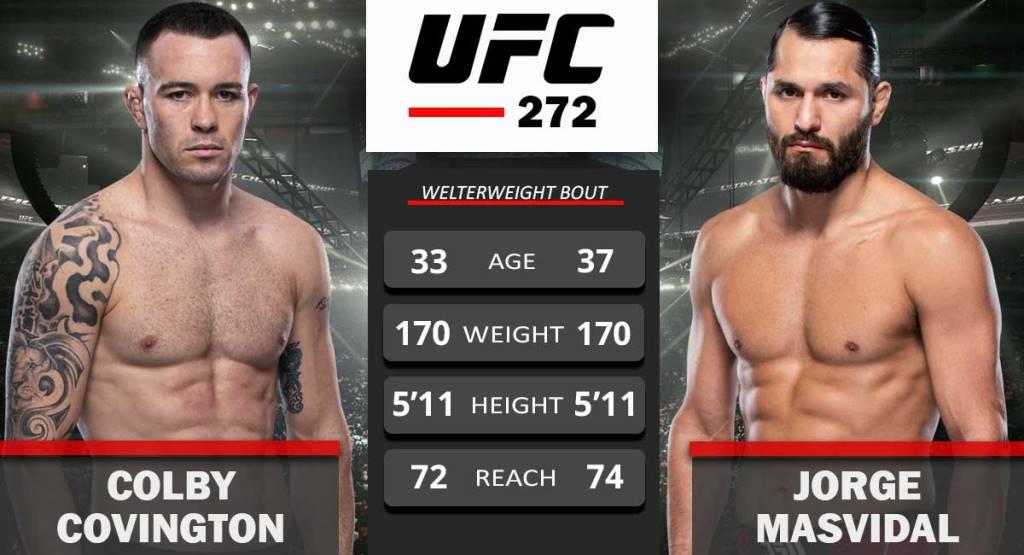 Contracts have not been signed for the 170-pound scrap, but the bout is nearly finalized, per Campbell. The UFC 272 pay-per-view will take place at T-Mobile Arena in Las Vegas. The match will be a five-round, nontitle bout.

“He better f—ing show up,” Covington said in a text message to ESPN Tuesday.

The UFC originally targeted featherweight and bantamweight title fights for the event, however those bouts are no longer on the March 5 date. Part of that was due to an injury to featherweight challenger Max Holloway.

Jorge Masvidal (35-15) is one of the UFC’s most popular figures. He has not fought since he suffered a knockout loss to Kamaru Usman in a welterweight championship fight at UFC 261 last April. Masvidal’s past two fights have been against Usman. He also lost to the champ via unanimous decision in July 2020.

Colby Covington (16-3) is also coming off a failed title bid against Usman in his last fight. The 33-year-old also has lost twice to Usman, both via decision. His most recent win came against Tyron Woodley in September.

Masvidal and Covington trained together at American Top Team in South Florida, and even lived together for a period of time. The two had a falling out in 2018, and Covington left ATT in 2020.

Both welterweights still fight out of the Miami area.

The best knockouts in boxing in 2021