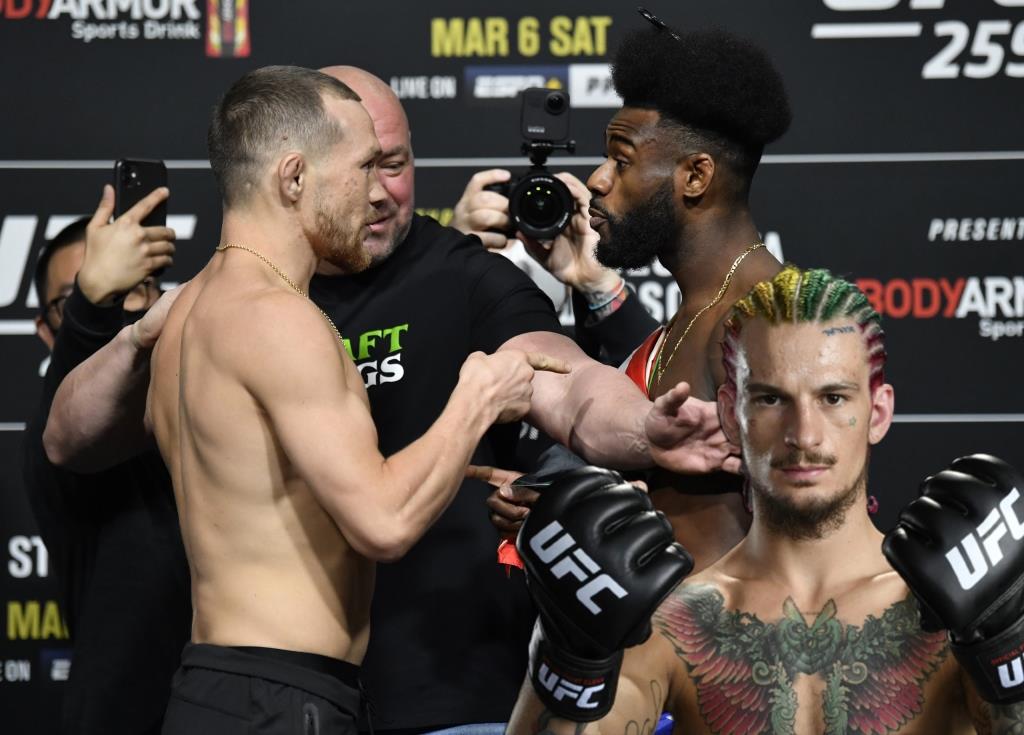 American mixed martial arts fighter Sean O’Malley has shared his predictions for the rematch between UFC lightweight champion Aljamain Sterling and “interim” titleholder in the same weight class, Russian Petr Yan. According to Sean, he has a preference for Yan, but he is sure that Sterling will be a problem for the Russian.

Sterling vs. Yan 2 doesn’t have a date but it’s the next logical title fight in the UFC bantamweight division. Sterling is the main bantamweight champion, while Yan holds the interim gold. In their first encounter back in March at UFC 259, Sterling won the 135-pound title after Yan was disqualified for landing an illegal knee.

Sterling hasn’t competed since that fight as he’s needed some extra time to recover from surgery. As for Yan, he captured the interim gold with a unanimous decision victory over Cory Sandhagen back in October.

Sean O’Malley was a guest on a recent episode of The MMA Hour. During the show, “Sugar” told Ariel Helwani that he sees Petr Yan getting the win over Aljamain Sterling in their rematch.

“I think Aljo’s gonna have to go in there with a different style or a different mindset, game plan. He kind of went out there and emptied his tank early and I think now going into that fight he knows he’s not going to be able to take out Petr that way. He’s not going to be able to go outwrestle him and just do that. I’m gonna go with Petr but Aljo, he’s legit he’s the real deal. He’s up there, he’s legitimate and I don’t think it’s an easy fight for Petr but I think Petr will probably get the job done this time.”

Sean O’Malley is hoping to work his way into title contention. He’s set to take on Raulian Paiva in the main card opener of UFC 269 on Dec. 11. The action will take place inside the T-Mobile Arena in Las Vegas, Nevada.