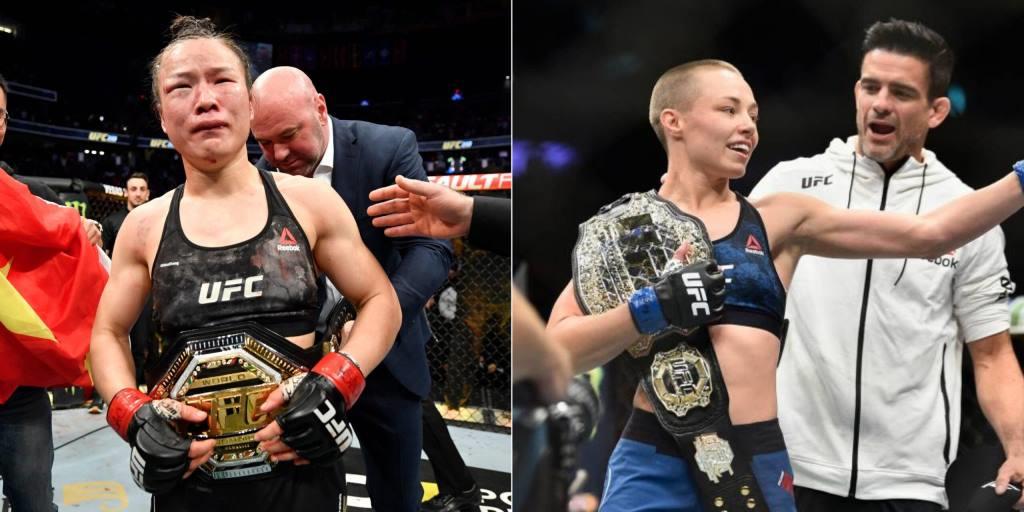 Chinese woman Weili Zhang claims that one of the reasons for her defeat in the fight against UFC minimum weight champion, American Rose Namajunas, was the huge support of her opponent’s fans.

“How should I put this…” Zhang began when speaking during a live stream interview. “Last fight with Joanna [Jedrzejczyk], even though she trained in America, she isn’t American. So we were quite equal and neither of us got any boos. But this time, because Rose is American, and Florida is a bit like that… So when I showed up at the event, wow, the boos were really loud.

“It was my first time experiencing this situation. And I didn’t expect it to be so serious. Even if she had 70 percent of the audience on her side and just a small amount on my side, it wouldn’t have been that loud. When my music started playing even before I showed up, it was already loud. I couldn’t even hear the referee or my coach.”

Zhang ideally would have wanted to defend her title sooner than she did. Unfortunately for her, the negotiation process was a bit of a tough one as who she would be defending against took its time being solidified.

Coach Xuejun Cai believes that with all factors considered, his fighter wasn’t as focused as she needed to be. Zhang Weili herself continued to clarify that the result of the loss has been accepted despite her initial reaction on fight night. If she can land a potential instant rematch with Namajunas, the hope is for it to be in Abu Dhabi.

“She will definitely not come [to China],” Zhang said of Namajunas. “I’ve been waiting for her ever since July last year after she recovered from her previous fight. I wanted to fight with her last year in December in Abu Dhabi. But she couldn’t confirm her schedule and said she was still injured. She kept making excuses.

“I said, ‘Let’s not fight in China, not the U.S. Let’s find a city like Abu Dhabi in a third country to make it fair for both parties.’ But she refused to come and there were some issues in between. I was told to fight with Carla Esparza and Rose is not fighting. And the opponent kept changing. Sometimes they say it’s Carla, sometimes it’s not confirmed, sometimes this and that… Nothing was confirmed.

“It was only confirmed on contract that I was going to fight with Rose one week before I started heading to America,” she added. “Any time before that, my opponent wasn’t confirmed.”

Rose Namajunas, Zhang Weili, and the inaugural champion of the UFC strawweight division, Carla Esparza, are all managed by the team at Sucker Punch Entertainment. On May 22 at UFC Vegas 27, Esparza battles Yan Xiaonan in what is likely to decide the next title challenger. Therefore the possibility is there for not only a rematch between Namajunas and Esparza but another all-Sucker Punch strawweight title tilt.