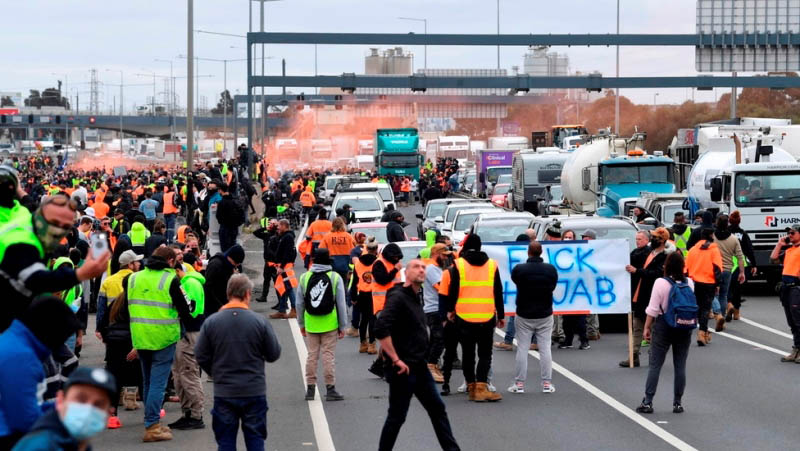 Traffic was blocked on Tuesday in both directions on Melbourne’s West Gate Freeway after people angry about forced vaccinations cut off the road. The rally in the Australian city was as violent as the first one on Monday.

The government of Victoria province demanded that construction workers get vaccinated, with the Construction, Forestry, Maritime, Mining and Energy Union (CFMEU) backing the decision. Many of the workers were outraged and are planning to hold daily rallies to make their point.

Tuesday’s protest started in the morning outside the CFMEU office, which was vandalized during the protest on the previous day. Thousands of demonstrators, many of them wearing orange and yellow construction uniforms, then marched through Melbourne streets. They were chanting slogans like “Every day” and “F**k the jab” along the way.

The crowd was fuming with anger, tossing projectiles at riot police officers, who were deployed in their hundreds in response to the event. There were some serious clashes between the marchers and law enforcement.

The protesters reached the West Gate Freeway, blocked traffic in both directions and occupied the West Gate bridge. The takeover was celebrated with some triumphant singing.

The Victorian construction industry was ordered to shut down for at least two weeks after Monday’s violence and an earlier discovery of “widespread non-compliance” with government health guidelines. The CFMEU blamed the rioting on “neo-Nazis and other right-wing extremist groups”, claiming they had infiltrated the protest movement.

The anti-jab demonstrations are a highly polarizing issue in Australia, with many people either strongly supporting or vocally criticizing the workers.

Residents of Victoria in general and Melbourne in particular experienced some of the world’s strictest lockdown measures as the Australian government was trying to contain Covid-19. Police have been enforcing the policies and cracking down on dissenters using tactics many believe have crossed the line. 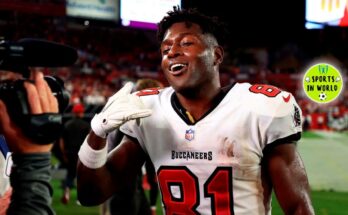 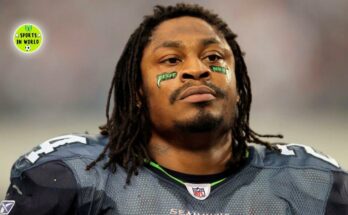