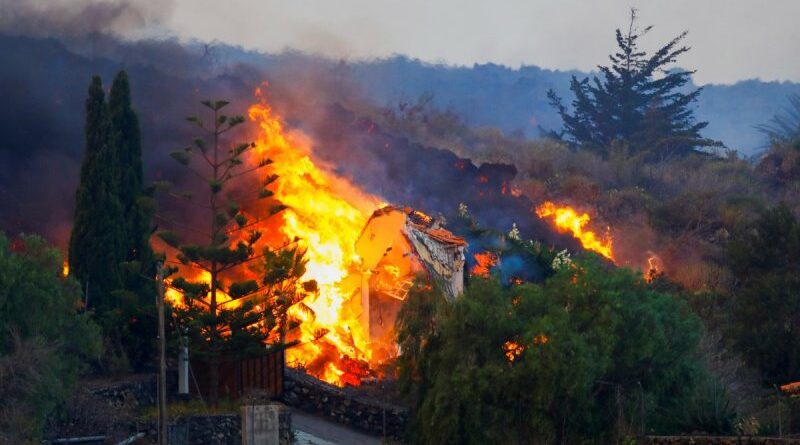 A new volcanic fissure has emerged on the Spanish Canary Island of La Palma, producing more lava and prompting evacuations. While there have been no deaths or injuries, the ongoing eruption has caused widespread destruction.

The fissure opened overnight following an earthquake with a magnitude of 4.1, the Canary Islands’ volcanology institute, Involcan, said. The new fissure has produced more lava, forcing an additional 500 people to evacuate.

The destructive eruption which began on Sunday afternoon has forced a total of 6,000 people to evacuate. The lava continues to flow westwards toward the sea in three tongues, destroying everything it comes across.

As of early Tuesday, the volcanic flow has destroyed 166 houses on the island, covering an area of some 103 hectares, according to figures released by the European Union’s Copernicus Emergency Management service.

Spectacular drone footage from the scene shows the molten rock advancing on residential areas. At one point, the lava reaches a backyard swimming pool, rapidly boiling the water and sending a geyser-like plume of steam into the air.

No injuries or deaths have been reported amid the disaster. Local authorities have cautioned people against going to watch the eruption up close, particularly when the lava hits the sea.

The lava striking the Atlantic Ocean will effectively look like its meeting with the ill-fated swimming pool – but on a much larger scale. The contact will create a cloud of hot and toxic gases, and could also result in multiple explosions of the molten rock.