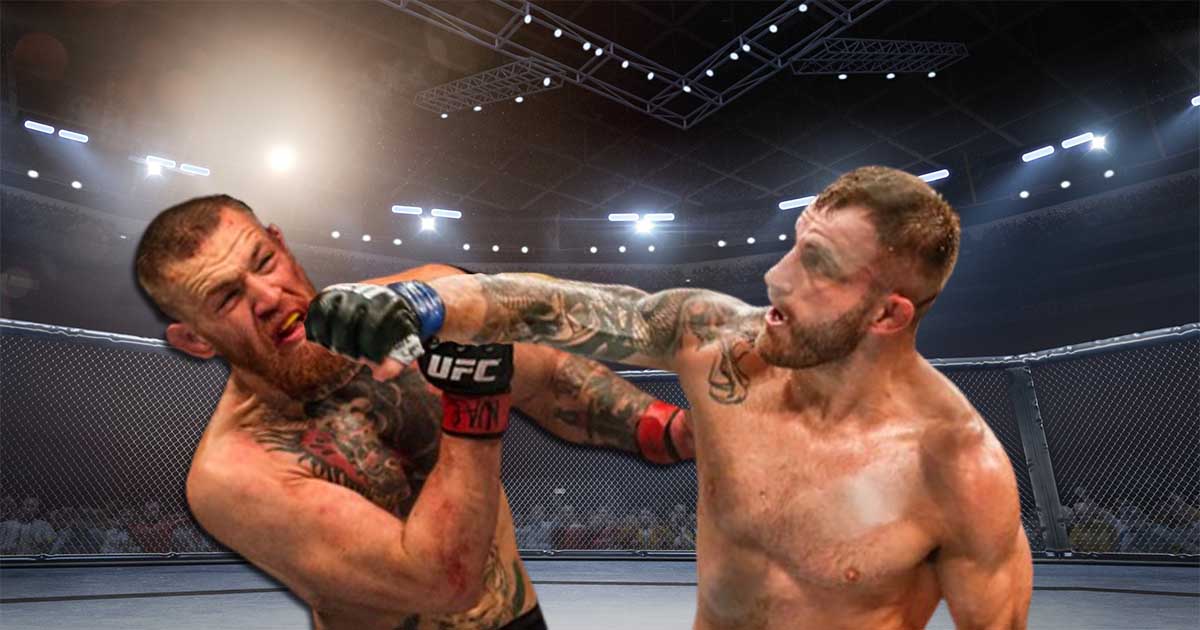 Alexander Volkanovski recently stated his willingness to fight UFC superstar Conor McGregor, who is a former champion in the featherweight division.

In a recent interview with BT Sport’s Adam Catterall, Alexander Volkanovski was seen discussing several topics, including his upcoming fight with Chan Sung Jung at UFC 273 and how he remains the underdog despite being the champion.

‘The Great’ was also asked about a potential title fight against former division champion Conor McGregor at one point during the discussion. While expressing his willingness to face the UFC superstar, Volkanovski stated that he has defeated all of his division’s former champions so far, and McGregor is the only one he hasn’t faced.

“You know, that’s something I’ve asked and obviously eveyone’s screaming his [Conor MCGregor] name right. Eveyone’s going to be saying his name because they want the money fight. Obviously it ticks all the boxes… It ticks the money, the circus around it, the hype, the pay-per-view… the attention you are gonna get from that and all that. So it’s incredible. So everyone wants that but there’s one thing on top of all of that is that I have taken out all the other champions, you know what I mean. And he’s another guy that’s held that belt so that has a lot of weight as well.”

You can check out the entire interview of Volkanovski below:

While appearing on a recent episode of the DC & RC Show, Alexander Volkanovski shared his thoughts on the altercation between Colby Covington and Jorge Masvidal at a Miami steak house.

The fighter expressed his thoughts on the matter, stating that Covington was wrong to get so personal against Masvidal in the lead-up to their fight at UFC 272, and thus had to face the consequences.

“Okay one, man look sometimes people need to be put in line but at the same time, you know, you know obviously Masvidal had his chance to do it and you know obviously it didn’t happen for him. But man, when you start bringing up stuff, again as a part of your gimmick, there are going to be repercussions. There are going to be things that are going to happen especially when you are messing. You are getting people really emotional just to get in the head, things might happen. So you should expect that in a sense… for Colby to be upset about it… he’s just silly.”