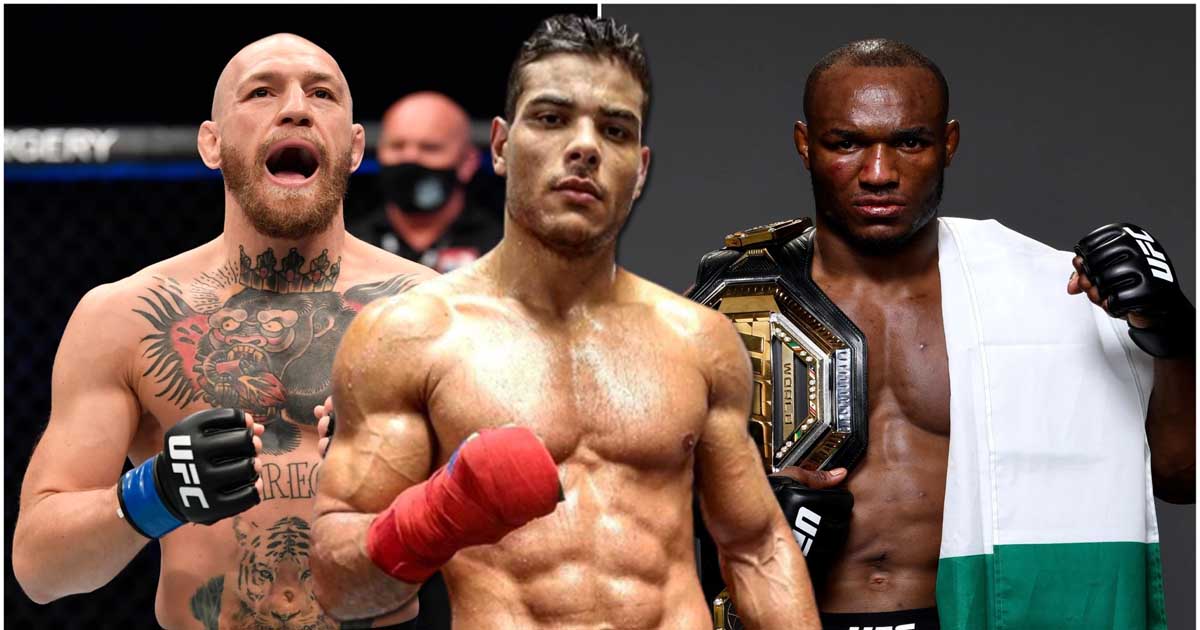 The original photo was taken from UFC 261 when Usman presented the UFC welterweight belt to his father, Muhammed Nasiru. McGregor’s face was superimposed on Muhammed Nasiru’s body, making it look like the Nigerian was surrendering the title to him. Costa posted the image on Twitter with the caption:

“Take this man as examples of behavior”

This comes after McGregor recently hinted at the possibility of his comeback fight being against Usman. The Irishman, in a series of tweets, teased that he’s gunning for a bout with the top pound-for-pound fighter in the UFC.

This isn’t the first time McGregor has expressed his desire to fight Usman. ‘The Notorious’ revealed that he has his sights set on a third title during an interview with his own publication, The Mac Life. McGregor said:

“Myself versus Usman for the 170-pound title in my comeback fight is the one I’m eyeballing at the minute. Why cut the weight? I’ve already won the 155-pound title. I got myself to a lightweight frame, but you know, I’m big now. I feel big. I feel strong. I feel healthy. I’ve got good energy. I’m coming back from a gruesome injury. I don’t want to be depleting myself. There should be no need to deplete myself.”

Check out Conor McGregor’s comments on Kamaru Usman below:

Kamaru Usman believes Conor McGregor’s decision to call him out was nothing more than a stunt to keep himself relevant.

McGregor, of course, is coming off back-to-back losses against Dustin Poirier. The former two-division champion is currently recovering from a broken leg and is expected to return sometime this year.