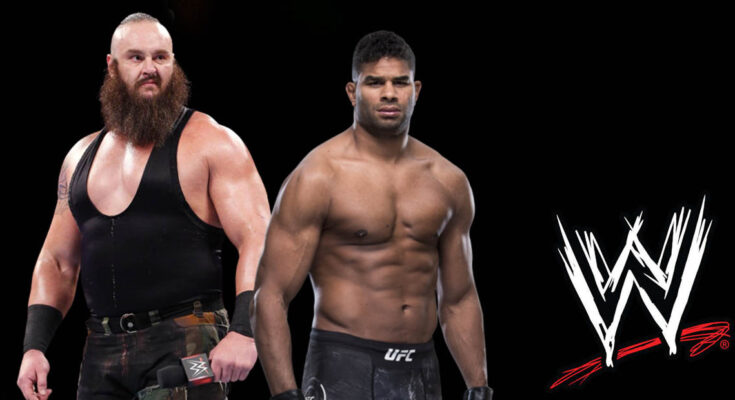 Alistair Overeem, the former Strikeforce and DREAM heavyweight champion, recently signed with Glory kickboxing but will now be having a pro wrestling match.

Alistair Overeem is set to headline the first Wrestling Entertainment Series (WES) event in Nottingham, England on June 4. He is set to take on former WWE star Braun Strowman, the promotion revealed on their website.

It is a surprise to see Alistair Overeem go into pro wrestling as he has said it was lame and something he didn’t like.

“And just recently, I started looking again on YouTube, and oh my God, this stuff is lame. It’s just lame what these guys are doing. It’s fake. It’s lame. It’s stupid. It doesn’t make any sense.”

Alistair Overeem doubled down on his opinion when asked about the athleticism and entertainment on display in the wrestling ring.

“It’s lame,” he said. “It’s not even a sport. It’s just lame. It’s bad acting. It’s just lame. Sorry for all the fans of WWE, but I’m just being honest. I’m just giving my opinion. Free country, right? I think it’s lame, and because I hadn’t seen it for 20 years. I never watched Brock fight. I never watched CM Punk fight. I knew they were from WWE.”

Alistair Overeem insinuated Lesnar’s success in the octagon was the product of performance-enhancing drugs, saying it was “pre-USADA.” (After his UFC 200 comeback in 2016, Lesnar failed two drug tests by the anti-doping agency and was suspended for one year with his win over Mark Hunt overturned to a no-contest.)

Of his own past with MMA regulators, which included the denial of a fight license a pre-fight drug test revealed a 14-to-1 testosterone-to-epitestosterone (T/E) ratio (or 14 times the T/E ratio of a normal adult male), Overeem indicated it was a different story.

“I’ve been fighting 10 years in the UFC — it’s been nine years after my thing, so I guess that clears me of that, right? Six years post-USADA, so longer post-USADA than pre-USADA,” he said.

Despite his dislike for their craft, Overeem called the premature deaths of several pro wrestlers a “sad thing.” But he said the danger inside the octagon was preventable for someone like Punk, who had no formal MMA training when he signed with the UFC.

Alistair Overeem last fought back in February of 2021 as he suffered a TKO loss to Alexander Volkov. He was released from the UFC following the loss despite winning his two fights prior as he TKO’d both Augusto Sakai and Walt Harris. In his career, he holds notable wins over Fabricio Werdum, Andrei Arlovski, Junior dos Santos, and Brock Lesnar among others.