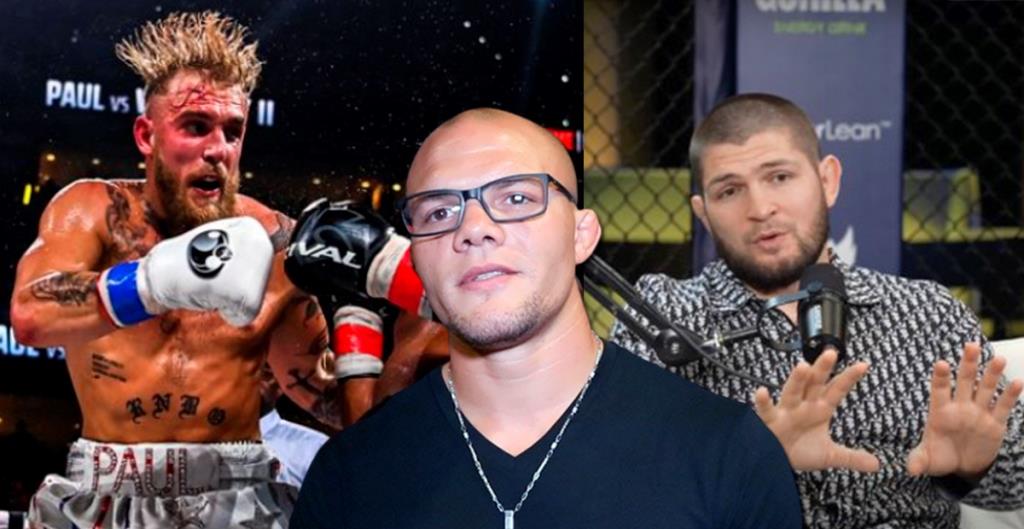 Across the last few months, it’s become pretty common for fans to hear and see Jake Paul featuring heavily within the MMA media landscape. His crusade to try and get better pay for fighters, whilst also annoying UFC president Dana White, has left many wondering what his “end game” in the sport might be.

In reality, nobody knows for sure where this is going to conclude. However, Paul has caused quite a stir recently by implying that he’d be keen to throw down against Khabib Nurmagomedov. He then went into a bit more detail by saying “all he had to do” was stop a takedown and he’d be able to give the Russian problems.

Many people took exception to the idea, including Khabib himself, with UFC light heavyweight Anthony Smith being particularly frustrated by the idea. During a recent appearance on Michael Bisping’s Believe You Me podcast, ‘Lionheart’ said:

“It drives me crazy. That is the most ignorant thing I’ve ever heard in my whole life. Justin Gaethje is a Division I All-American and Khabib had no problem with getting Gaethje down and just controlling him on the ground. No issue at all. Jake Paul doesn’t have enough time on this earth left to bridge the gap between him and Khabib wrestling. I just, I have a hard time believing one person can be that stupid.”

Anthony Smith has slammed Jake Paul for saying he could fight Khabib Nurmagomedov in the video below:

The next step for Jake Paul

After knocking out Tyron Woodley back in December, ‘The Problem Child’ hasn’t been shy when calling out a parade of fighters for a meeting inside the squared circle. His desire to try out mixed martial arts may be genuine but for the time being, his future would appear to be in professional boxing.

Nobody knows who’s going to step up next or even when it’ll happen, considering that Paul has been taking some time off recently.

Tommy Fury was the man lined up to take him on before Woodley stepped in for the rematch, making him the current frontrunner. However, Paul currently appears uninterested in the idea of re-scheduling that clash.