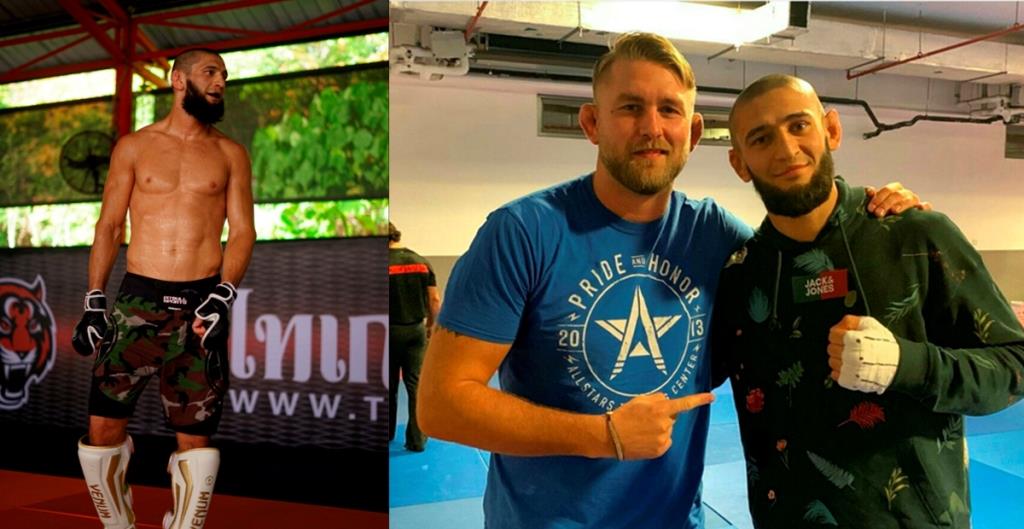 During a recent appearance on The MMA Hour, Alexander Gustafsson talked about a variety of topics. The former light heavyweight title challenger took the opportunity to comment on Chimaev and his training habits, saying:

“Khamzat Chimaev works harder than I ever worked. This guy doesn’t have anything else than the gym and fighting. This what he eats, sleeps and is doing all day long. In my prime, when I fought Jon Jones and those guys back in the day, I did three sessions a day, and I sparred 20 rounds every sparring session. My conditioning was crazy. But this guy, he outworks me. He doesn’t get tired.”

‘Borz’ recovered from a bout with COVID-19 to defeat Li Jingliang by technical submission at UFC 267 last year. Chimaev is now the No.11-ranked contender in the 170 lbs division and has been linked with a fight against No.2-ranked welterweight Gilbert Burns.

Khamzat Chimaev is one of the most exciting prospects in the UFC and could be set for a significant step-up in competition if he takes on Gilbert Burns. Michael Bisping believes ‘Borz’ is more than capable of taking on a top contender in his next outing.

During a Q&A session on his YouTube channel, the former UFC middleweight champion said:

“I don’t think he’s too big of a step up. I think Khamzat Chimaev is more than capable of handling that. He’s had four fights in the UFC and smoked everybody. So, now it’s like, well, we’ve got to give him someone good.”

Khamzat Chimaev is one of the hottest properties in the welterweight division. Since top contenders Colby Covington and Jorge Masvidal have already suffered two losses each to the champion Kamaru Usman, ‘Borz’ might not be far off a shot at 170 lbs gold if he can beat Gilbert Burns.