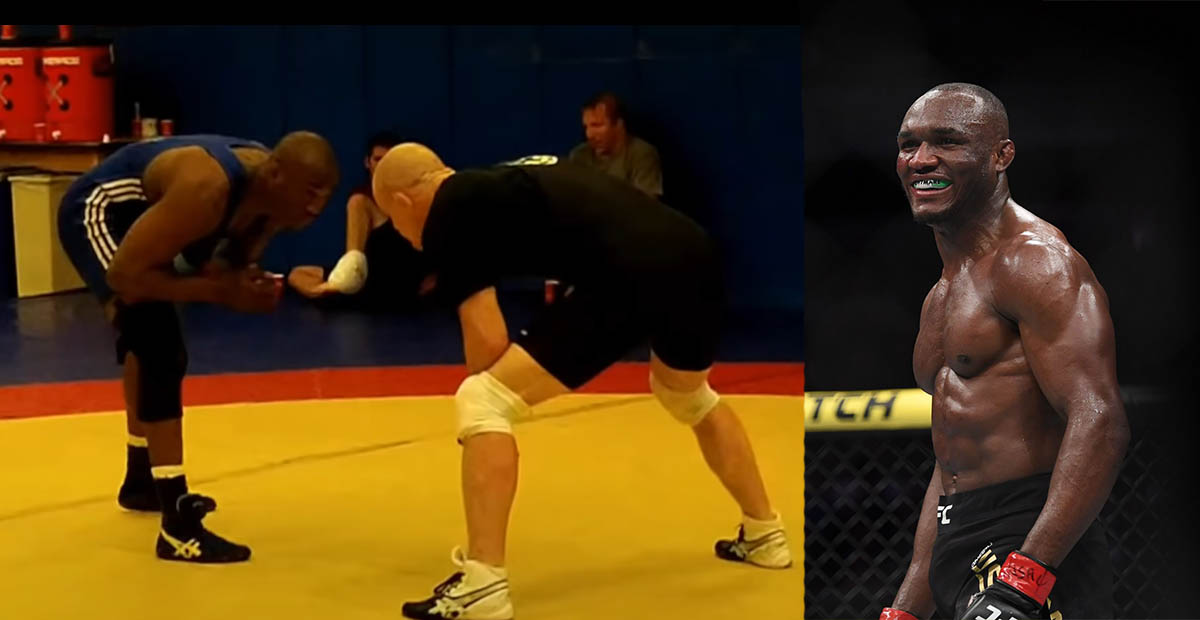 Kamaru Usman is widely regarded as one of the most well rounded mixed martial artists. ‘The Nigerian Nightmare’ is known for his wrestling and clinch game which rank amongst the best in the division.

Usman, however, was clearly outgrappled by former college wrestling legend Cael Sanderson. In a recently released video, Sanderson can be seen establishing his dominance on the mat against Usman.

Cael Sanderson established his dominance on the mat against Kamaru Usman below:

Cael Sanderson is one of the most accomplished folkstyle and freestyle wrestlers in American history. A former Olympic gold medallist, Sanderson was undefeated in four years of college wrestling at Iowa State University.

A four-time NCAA Division I champion, Sanderson’s college career is ranked as the second most impressive college sports feat, according to Sports Illustrated. Sanderson currently works as the head coach of Penn State University’s wrestling team.

Kamaru Usman has firmly established himself at the top of the UFC’s welterweight division. Since winning the title against Tyron Woodley at UFC 235, Usman has made five successful title defenses, almost cleaning out the entire welterweight elite.

According to UFC president Dana White, No.3-ranked contender Leon Edwards will be the next challenger for Kamaru Usman’s strap. According to White, Edwards is finally ready for his shot at gold. The UFC boss told TSN‘s Aaron Bronsteter:

“100 percent. That kid’s had a rough run. He deserves it. If you look at it, Colby Covington lost to Usman twice, Gilbert Burns lost, Leon’s next. He’s number three.”

Leon Edwards’ most recent showing in the octagon was at UFC 263 against Nate Diaz. Apart from a late fight scare, Edwards dominantly outstruck Diaz over the course of five rounds.

White also praised Edwards for accepting a bout against Khamzat Chimaev, whom several have been accused of ducking. White further told Bronsteter: