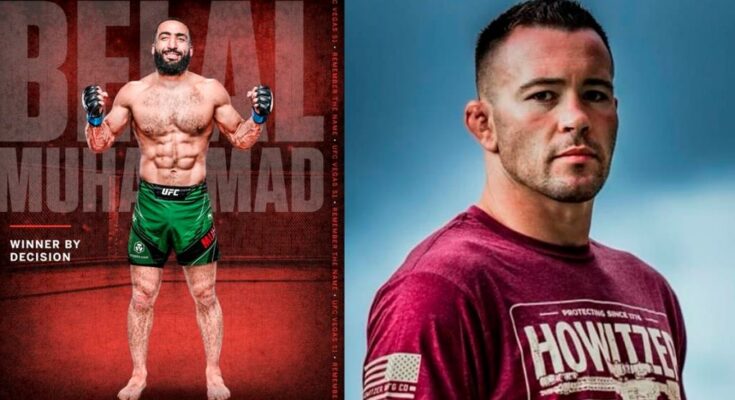 Belal Muhammad is ready to take on the top of the welterweight division after his performance at UFC on ESPN 34.

Belal Muhammad (21-3 MMA, 12-3 UFC) defeated Vicente Luque by unanimous decision in a five-round main event Saturday at the UFC Apex. Currently holding the No. 8 spot among welterweights in the latest USA TODAY Sports rankings, Muhammad said afterward that he is ready to take on the best in the division, and his current winning streak supports his stance.

“Who’s the only one in the division with a better run than I am on?” Muhammad said during the post-fight news conference.

Belal Muhammad’s win over Luque (21-8-1 MMA, 14-4 UFC) marked his seventh fight without a loss in his past eight, and he continues to show improvements in his overall game. While Muhammad believes he’s on a run better than anyone else in the division, he doesn’t expect to be handed anything following his performance.

While waiting for the top names in the division would seem like a wise play, Belal Muhammad wants to stay busy instead. With the next welterweight title fight between champion Kamaru Usman and Leon Edwards in the works for UFC 276, Muhammad would like to be on the same card.

“If the title fight is gonna happen in July, I want to be on that card,” Muhammad said. “With Leon’s luck, his fights get canceled every other day. So, I would assume that something would happen where he would trip on a wire or something, and then I’ll step in and fight Usman.”

“I had five fights in 15 months, so just want to stay active,” Muhammad explained. “Hopefully, I get a couple more desk jobs so I can stay in Vegas, stay in the limelight, and do some other things. I’m in the gym all the time.”

Covington was the name on the tip of Belal Muhammad’s tongue during his post-fight interview with Daniel Cormier in the cage, but he’s open to other challenges. That includes Khamzat Chimaev, whom Muhammad previously stated could beat everyone in the division except him.

“I feel like there’s a lot of guys above me that don’t have fights,” Belal Muhammad said.

“I don’t even think Leon has a fight. They’re saying Usman, but I just don’t think Usman’s ready for that yet. So, if Leon’s gonna wait all the way until September, October, it just doesn’t make sense. I think that fight would make sense, but you know what, you guys are gonna post the headline, ‘He wants to fight Leon.’ And the fans are gonna be like, ‘He’s such a crybaby,’ poking the hive, blah, blah. So, I don’t even want to call him out because I don’t want to offend anybody.

“Like I said, the two best guys above me that are winning right now are Khamzat and Colby, and neither one of them have fights.”