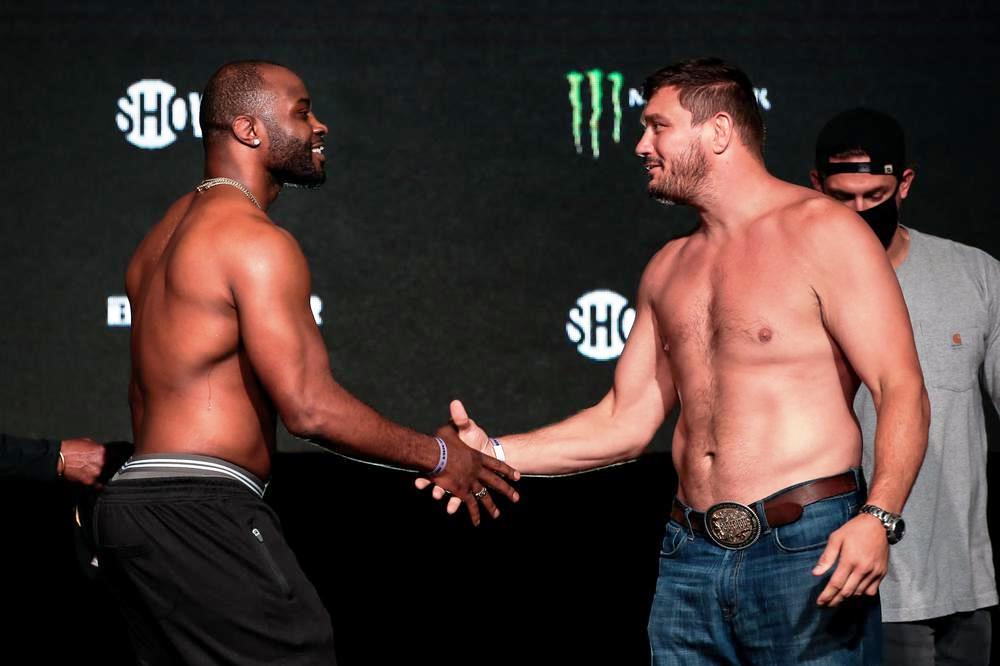 After a brief feeling-out process on the feet, Fortune charged at Mitrione and tackled him to the ground. Mitrione immediately covered up and complained about a head butt. He was very upset about it, but the referee let the action continue.

Fortune kept top position and unleashed a big swarm of punches. Mitrione couldn’t take it, and he tapped the canvas to end the fight. He was furious about it after the fact and made a big scene, yelling at referee Dan Miragliotta for what he felt was a blunder.

The replay showed Mitrione ducked into an incoming Fortune, however, and he left the cage with his winless skid extended to five fights.

For Fortune, he gets his eighth stoppage in Bellator heavyweight competition, and his seventh by knockout. All of those are divisional records, and now he wants to avenge his only career loss.

“Tim Johnson, get your ass over here,” Fortune said in his post-fight interview with John McCarthy. “That’s my only loss.”