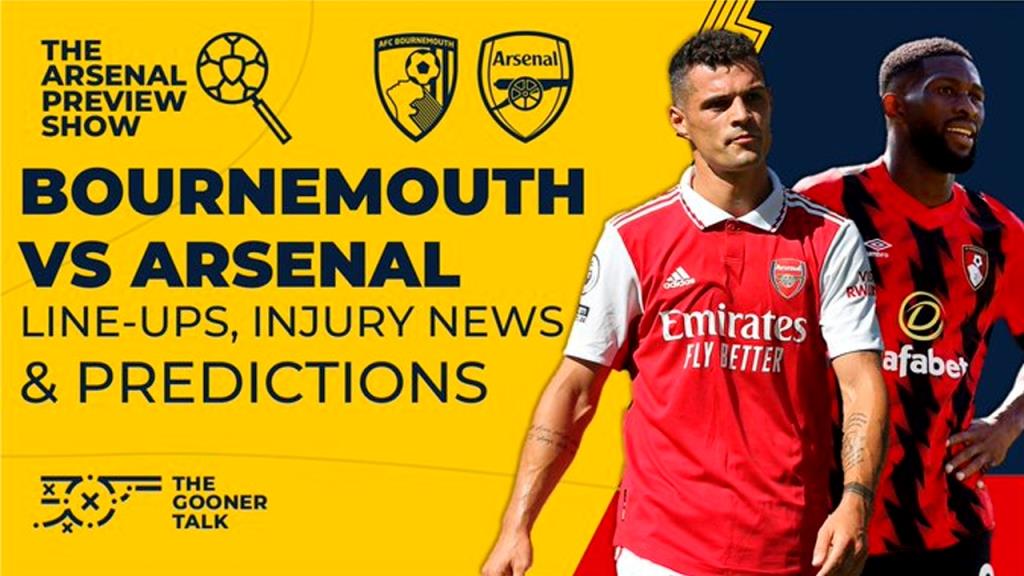 Bournemouth are set to play Arsenal at Dean Court on Saturday in the English Premier League.

Bournemouth come into this game on the back of a 4-0 loss to Pep Guardiola’s Manchester City in the league.

Arsenal, on the other hand, beat Brendan Rodgers’ Leicester City 4-2 in the league. A brace from Brazilian attacker Gabriel Jesus and goals from Swiss midfielder Granit Xhaka and young Brazilian forward Gabriel Martinelli sealed the deal for Mikel Arteta’s Arsenal. An own goal from French centre-back William Saliba and a goal from midfielder James Maddison proved to be a mere consolation for Leicester City.

Bournemouth, compared to fellow promoted sides Fulham and Nottingham Forest, have been quiet during the summer transfer window. Argentine centre-back Marcos Senesi and midfielder Marcus Tavernier have been the big acquisitions so far, and it will not be surprising to see them dip into the market before it closes.

Losing against Manchester City is no shame, and Bournemouth did well to beat Aston Villa. It will be up to stars like Kieffer Moore, Dominic Solanke and Lloyd Kelly to replicate their good Championship form in the Premier League.

Arsenal, on the other hand, deserve immense credit for backing Mikel Arteta. Their summer signings, mainly Gabriel Jesus and Oleksandr Zinchenko, have impressed, while French centre-back William Saliba, coming off the back of two excellent loan spells in France, has given glimpses of incredible talent.

Arsenal will be keen to ensure that they play Champions League football next season, and certainly have the talent in the squad to aim for a top four finish.

Arsenal to win this game.