The champion allowed Moreno to work the first number, and he began to catch the Mexican on the counterattacks. At the same time, the challenger looked much faster and more assertive than the Brazilian, throwing out high-speed combinations. Already in the first round, Moreno managed to get a knockdown, dropping the champion with a jab. To recover, Figueiredo pulled Brandon into the pit, where he just lay back and waited for the gong to break.

In the second round, the fighters were again on canvas. The Brazilian again did not do much, holding off the nimble Moreno, who needed only a second to explode and change position. Several times the Mexican took the back of the champion, but he successfully got out of a difficult situation, ending up in the guard. Figueiredo received a powerful blow with his elbow, which caused the contender to have a hematoma on his face. Davison seemed to be finding his rhythm, but in the third five minutes, Moreno was once again behind the champion, this time bringing his plan to an end, forcing Figueiredo to capitulate with a choke.

Result: Brandon Moreno defeated Deiveson Figueiredo by rear-naked choke in the 3rd round 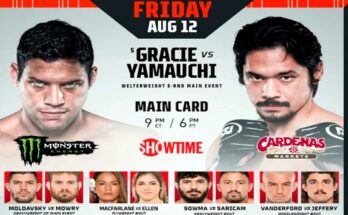 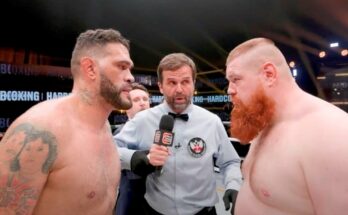