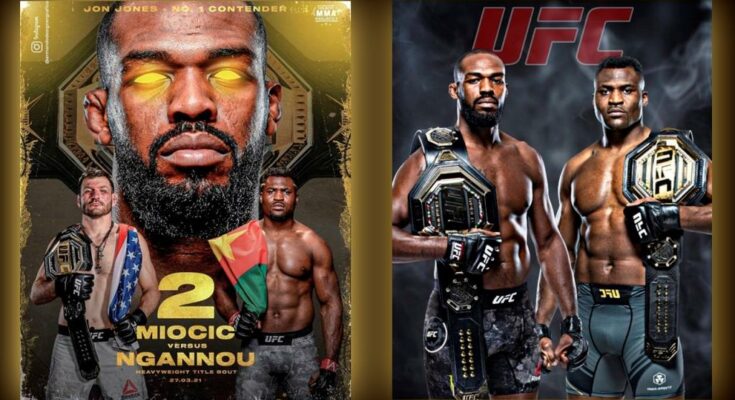 Famous MMA analyst Chael Sonnen believes that American Jon Jones does not need to settle for a fight with his compatriot Stipe Miocic. According to Sonnen, Jones should wait a little longer and get a fight with UFC heavyweight champion Francis Ngannou of France.

On an episode of Chael Sonnen’s Beyond The Fight podcast, the former title challenger posed the question of whether a potential Jon Jones vs. Francis Ngannou matchup would sell. ‘The Bad Guy’ had high praise for this bout, saying it could be the “biggest fight in history.”

However, he has some reservations regarding whether that bout will translate into commercial success. Chael Sonnen explained:

“Jones vs. Ngannou, for me, I believe would be the biggest fight in history. I believe it has the ultimate storyline. But I will concede back to you right now, the greatest storyline in heavyweight history was Ciryl Gane vs. Francis Ngannou, and you guys did not buy that. You guys did not want to see it.”

The Orgeon native was referring to the history between Ngannou and Gane, which was supposed to draw intrigue. Both men had previously trained together at the same gym, and Gane had apparently gotten the better of Ngannou in sparring. Despite what was supposed to be a compelling storyline, the bout was not as high-profile as expected.

Still, Sonnen is of the belief that it may be wisest for Jones to continue to wait for Ngannou. Chael said:

“It might just be the wisest thing. Keep Jones dry, keep him on the sidelines, bring him in against Francis. When and if that fight can even happen.”

Unless it is a negotiation tactic, Jon Jones himself seems to prefer Stipe at this point. ‘Bones’ tweeted this out on Sunday:

Again, Jones might only be saying this due to Francis Ngannou’s current dispute with the UFC. Regardless, fans hope a date for Jones will be booked sooner rather than later, as it feels like fans have been waiting an eternity for his return.

You can watch the full episode of Beyond The Fight below: