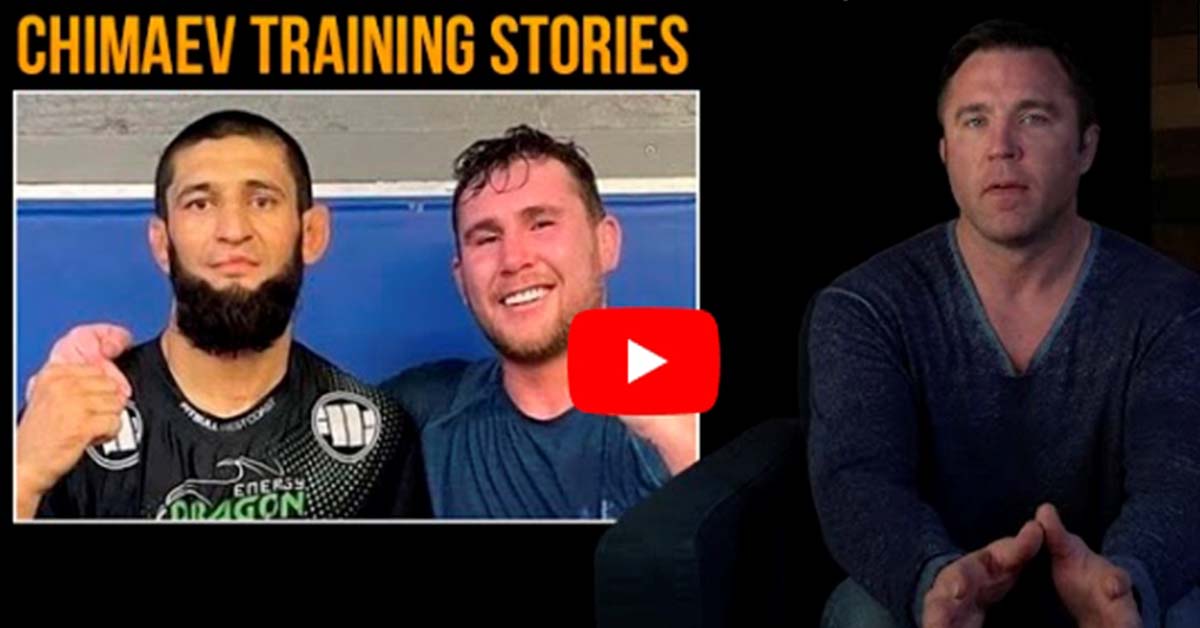 Chael Sonnen believes that Khamzat Chimaev might be better suited to the 185 lbs division.

During his UFC career, ‘Borz’ has fought twice each in the middleweight and welterweight divisions. Chimaev appeared to have difficulties cutting down to 170 lbs and needed two tries to make weight at UFC 267.

In a recent video posted to his YouTube channel, Chael Sonnen noted that Michael Bisping had showered Khamzat Chimaev with praise after a glowing review from Darren Till. ‘The Gorilla’ has been training with the Swede at Allstars MMA in Stockholm.

Chael Sonnen then touched on the importance of the Swede’s impeccable attitude and training habits. He said:

“Till not only told Bisping how good Chimaev is but also went into detail about the attitude and work ethic. Those are more important than the wins. There’s going to be a lot of guys that get good wins… Knowing the difference between a flash in the pan and a guy who’s getting started comes down to attitude and work ethic when nobody’s looking.”

‘The American Gangster’ added that Chimaev, who reportedly holds his own in training against top-light heavyweights, might be missing a trick by depleting himself and making the cut down to 170 lbs.

Darren Till was a guest on a recent episode of of Kickin it with Ashah on Frontkick.online. The Brit stated that Chimaev’s strength and conditioning in addition to his skill could pose serious problems for Adesanya.

“If Khamzat gets a hold of Adesanya, Adesanya’s going to have a really tough night. He’s f**king super strong, man. As I told you, the most impressive thing is his physical condition. He does not get tired. So, can you imagine having a guy like that for five rounds? That’s very tough.”

Khamzat Chimaev is in line for a huge step-up in competition in the form of Gilbert Burns. ‘Durinho’ stated that he expects to take on ‘Borz’ at UFC 273 but the fight hasn’t been made official.