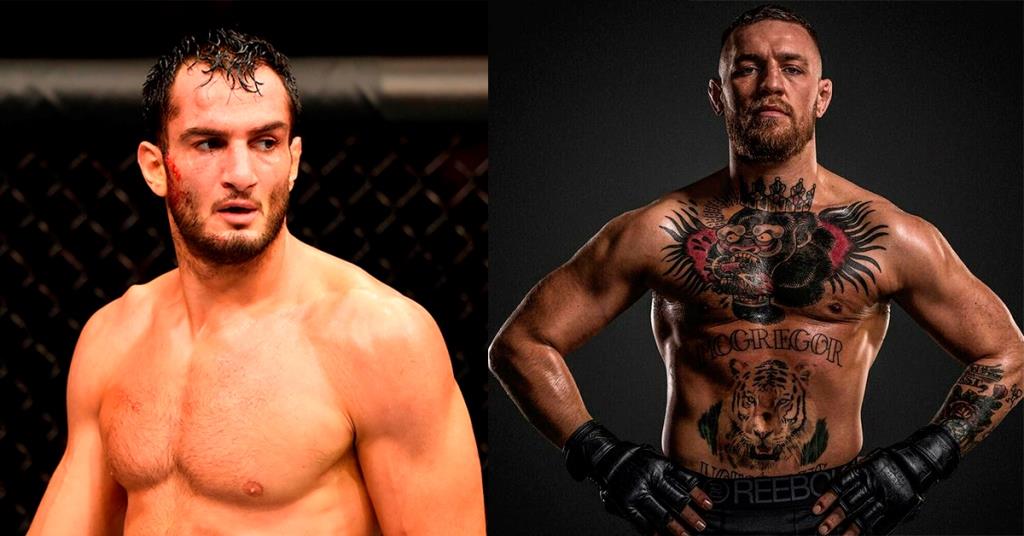 Gegard Mousasi and Conor McGregor have been engaged in a long-standing beef dating back to 2016. The bad blood began with Mousasi criticizing McGregor for the way he promoted himself, leading to the Irishman’s blockbuster boxing match against Floyd Mayweather.

After his victory over Vitor Belfort at UFC 204 Mousasi said that people like McGregor and Mayweather based their promotion game on showing off expensive stuff.

‘The Dreamcather’ later claimed that he received weirdly threatening messages from McGregor after his comments at the UFC 204 post-fight presser. Mousasi said on Monday night’s The MMA Hour:

“That ginger-headed f*ck is retarded. In the interview I mentioned, they were talking about respect or whatever, and then he texted me on Twitter. He messaged me, and I said, ‘what’re you going to do with your 50kg?’ And then he was, I don’t know, he was philosophical or whatever the fck he was writing, he was like, ‘a knife is lighter than a pound, it can cut from ear-to-ear,’ whatever the f*ck he was writing.”

Gegard Mousasi’s beef with Conor McGregor cost him a fan

Gegard Mousasi once again opened up about his beef with Conor McGregor in a recent appearance on The MMA Hour. The Bellator middleweight champion claims that he lost a fan due to the strife with McGregor.

After Mousasi called McGregor “ginger-headed”, a fan apparently took it as an insult to all gingerheads. The 36-year told Ariel Helwani:

“The idiot sent me a private message, he actually sent it to my manager because I don’t do Twitter. But, that was it, I said my manager to write something back. He’s a moron. He said don’t bring my name in your mouth and I said he is a ginger-headed fk and some ginger guy wrote to me I insulted gingers and he’s not my fan anymore, I’m like, ‘what the f**k’.”

Mousasi is scheduled to defend his middleweight strap against Austin Vanderford in the main-event at Bellator 275 on Friday.