Charles Oliveira’s coach appealed to Khabib Nurmagomedov and Islam Makhachev: “Come fight with us in Brazil” 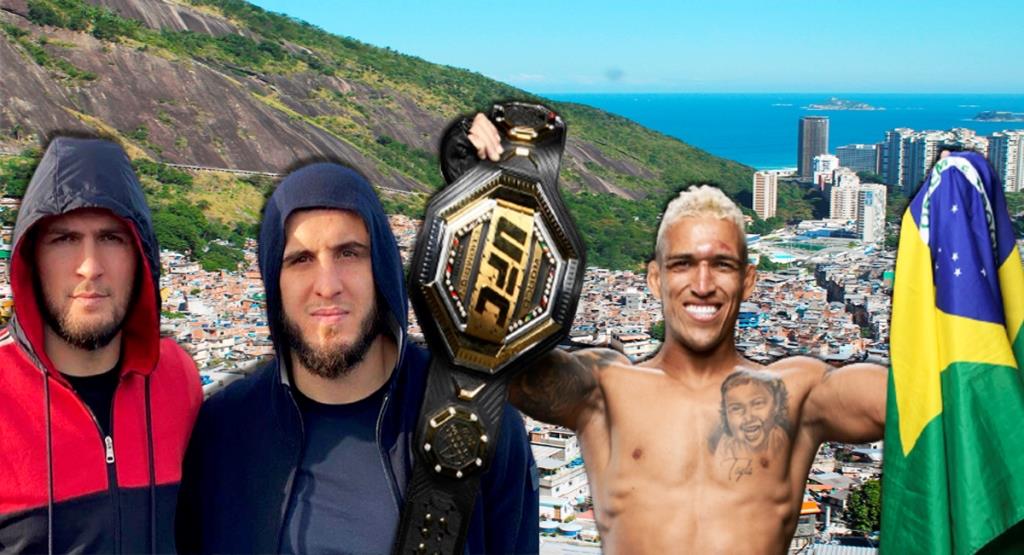 As previously reported, former UFC champion Khabib Nurmagomedov of Russia approached the company’s management with a proposal to hold a fight for the vacant UFC lightweight title between his compatriot Islam Makhachev and Brazilian Charles Oliveira in Abu Dhabi on October 22.

Diego Lima, Oliveira’s trainer, reacted to the announcement. According to the coach, he doesn’t mind his charges to share the octagon with Islam in their next fight, but he proposes to do it in Brazil.

Charles Oliveira is coming off a first-round submission win over Justin Gaethje at UFC 274 on May 7. ‘do Bronx’ missed weight and was stripped of his UFC lightweight title ahead of the fight. Despite beating Gaethje, he was ineligible to win the belt.

Speaking to Ag. Fight, Diego Lima weighed in on a potential Oliveira-Makhachev matchup. A clip from the interview was uploaded to the YouTube channel Brazilian MMA Legends, where Lima can be seen saying:

“Actually, I think everything is possible. We work for the UFC. But me, Diego Lima, trainer, head coach. A person who’s out there trying to take care of Charles’ career as much as I can, why not in Brazil? Charles is the champion. Every day that passes, Charles is making more history. So why is Khabib talking about a fight against Makhachev in Abu Dhabi? No, we would like Charles fighting in Brazil.”

Additionally, jibing at those who are adamant that Oliveira must fight Makhachev next, Diego Lima said:

“So let’s go to Brazil. Come fight with us in Brazil.”

Diego Lima believes Oliveira deserves to fight in a stadium in his native Brazil, with everyone raucously cheering for him and watching him win at a local venue.

Watch how Charles Oliveira’s coach appealed to Khabib Nurmagomedov and Islam Makhachev below: