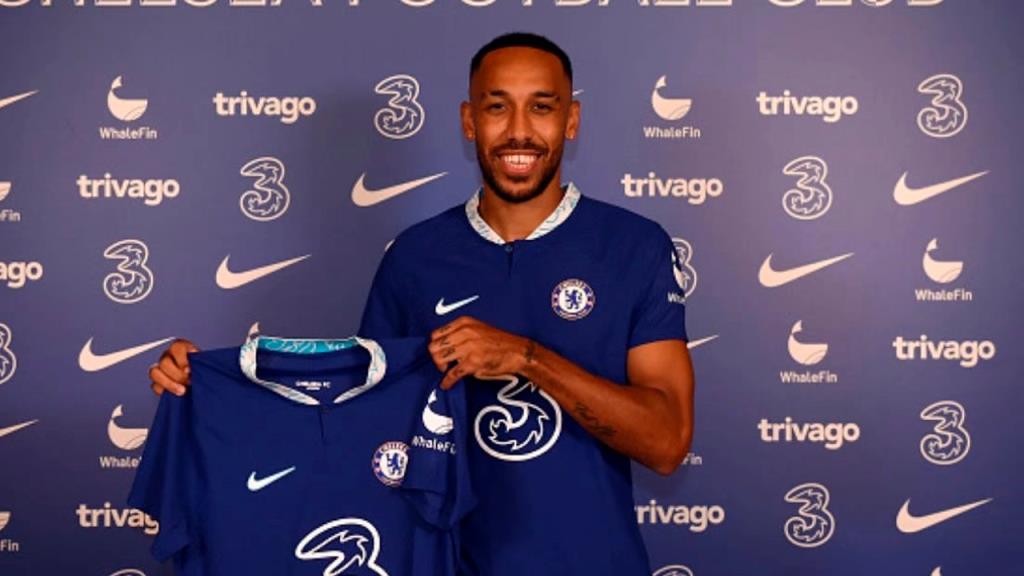 New Chelsea forward Pierre-Emerick Aubameyang has provided a defiant statement after joining the Blues from Barcelona on Deadline Day.

The two clubs reached an agreement on September 1, the final day of the summer transfer window, for his return to London. Aubameyang has joined the Premier League giants on a two-year deal.

Thomas Tuchel’s side paid Barcelona around €14 million for his services (as per Fabrizio Romano), as Marcos Alonso went the other way.

The Gabonese notably moved to the Camp Nou only in January this year after terminating his contract with Chelsea’s arch-rivals Arsenal. Aubameyang has now stated that he is eager to get started at his new club and told the Blues’ official website:

‘‘I’m really happy. It’s an honour to be part of this team and I can’t wait to start. I have some unfinished business with the Premier League so it’s good to be back and really exciting.’’

Club owner Todd Boehly, who is also their interim sporting director, had plenty of praise for the former Barcelona striker and said:

‘‘Pierre-Emerick is an elite striker with a proven track record in the Premier League and his arrival strengthens our squad, giving us new attacking options.

‘‘We are thrilled to have Pierre-Emerick on board with us in the new era at Chelsea and we’re really looking forward to working with him.’’

What does former Arsenal and Barcelona striker Aubameyang bring to Chelsea?

If there’s one thing Aubameyang excels at, it’s finding the back of the net. The forward has been prolific in that regard throughout his career and will likely shore up a department where Chelsea have struggled for some time now.

The Blues have scored just six goals in five Premier League matches this term and are currently tenth in the standings. Club-record signing Romelu Lukaku is out on loan while Timo Werner has returned to Red Bull Leipzig.

Though his final one-and-a-half seasons at Arsenal didn’t go to plan, Aubameyang certainly knows where the goal is.

The Gabonese registered a fantastic 68 goals in 128 Premier League matches for the Gunners. He further scored 13 times in 23 games across competitions for Barcelona to help them finish second in La Liga and reach the last eight of the UEFA Europa League.

The forward has also previously worked with Tuchel at Borussia Dortmund, netting 79 times and laying out 17 assists in 95 matches under the German tactician.

Aubameyang will now hope to help Chelsea regain their edge in the final third and recover from a poor start to the 2022-23 campaign.