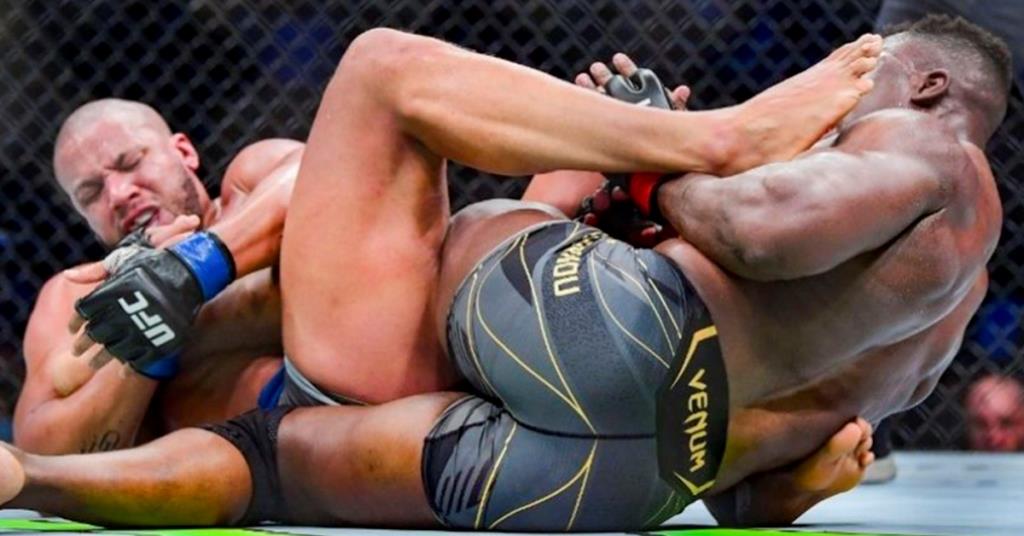 Ciryl Gane said that he does not regret that he decided to go for a leg lock in the final round against Francis Ngannou.

In the main event of UFC 270 last month, Ciryl Gane fell short in his pursuit of the UFC heavyweight championship. For many fans, pundits and judges alike, he did enough to win the first two rounds of his bout with Francis Ngannou – only to lose the final three to leave him on the wrong end of a decision defeat.

One of the biggest errors from “Bon Gamin” was the leg lock he went for in the final round, opting to shoot for the submission instead of maintaining his dominant position on the ground. In a recent interview with Ariel Helwani, Gane went into more detail about what was going through his mind at the time.

“The mission, because I was the contender, so when you want to be the champion you must defeat the champion,” Ciryl Gane said.

“When it’s too tight like that, it’s not a good plan. So that’s why with my coach, we just need to finish the fight before the end. That’s why I did this takedown, I did very well, and after I did this choice to go to the ankle, unfortunately I did some mistakes in my technique.”

“No, because I was really sure,” Gane continued. “You see, this technique for me, I can do that on everybody that I have in my gym.

“That’s why no regrets. Just I was a little bit tired, so that’s why I don’t do exactly the good thing, but [makes ‘so close’ gesture with fingers] no, that’s OK.”