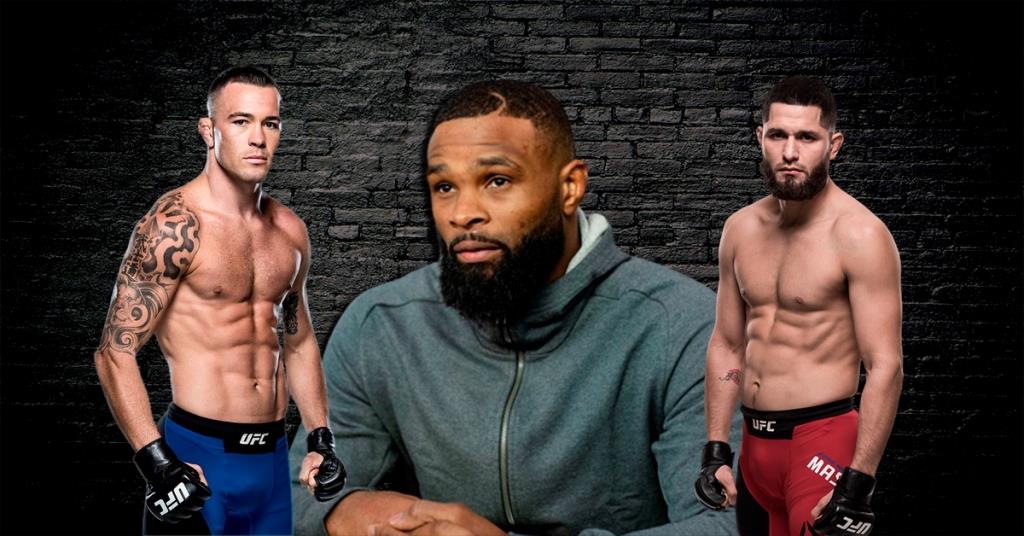 Tyron Woodley gave his forecast for the winner of Jorge Masvidal vs. Colby Covington at UFC 272

Tyron Woodley has revealed how he sees the highly-anticipated fight between Jorge Masvidal and Colby Covington playing out. Masvidal and Covington will collide in the main event of UFC 272 next month, in one of the biggest grudge matches in UFC history.

Despite being close friends and roommates for many years, Masvidal and Covington have been at each other’s throats following their fallout back in 2018. Speaking with MMA Junkie, Woodley weighed in on how he expects the fight to unfold. The former UFC welterweight champion said:

“I feel like Masvidal is going to win, let’s just start there. Because Masvidal is always big brother. Once you have big brother syndrome over someone, I feel as if you can’t really shake that unless you have a big breakout moment, and you can consistently keep up… I don’t think Colby had enough time fighting at the highest level in the gym with Masvidal to have had that moment.”

Tyron Woodley is familiar with both Jorge Masvidal and Colby Covington. He is friends with Masvidal to this day and they have trained together at American Top Team on numerous occasions.

Woodley used to use Covington as a sparring partner long before he was among the elite at 170 lbs. The duo even squared off in a five-round bout in 2020, where ‘Chaos’ emerged victorious. It was ‘The Chosen One’s’ last fight in the UFC.

Khamzat Chimaev believes the upcoming matchup between Jorge Masvidal and Colby Covington is going to be a tight affair. While ‘Borz’ believes both fighters have a good chance of winning, he considers Masvidal a “slight favorite.”

During an interview with RT Sport, Chimaev weighed in on the upcoming UFC 272 headliner. According to him, the former teammates will put up a great show for the fans. He said: (Quotes translated by RT Sport)

“I think they will give us a great fight. Masvidal is a slight favorite for me. But Colby is also a tough guy. He fights well. We’ll see. It’s 50-50. I don’t care which one of them wins.”

Jorge Masvidal and Colby Covington find themselves in a precarious position in the UFC welterweight division. Both fighters have already lost to the champion, Kamaru Usman, twice. A loss at UFC 272 would be hugely detrimental to either fighter’s championship aspirations.