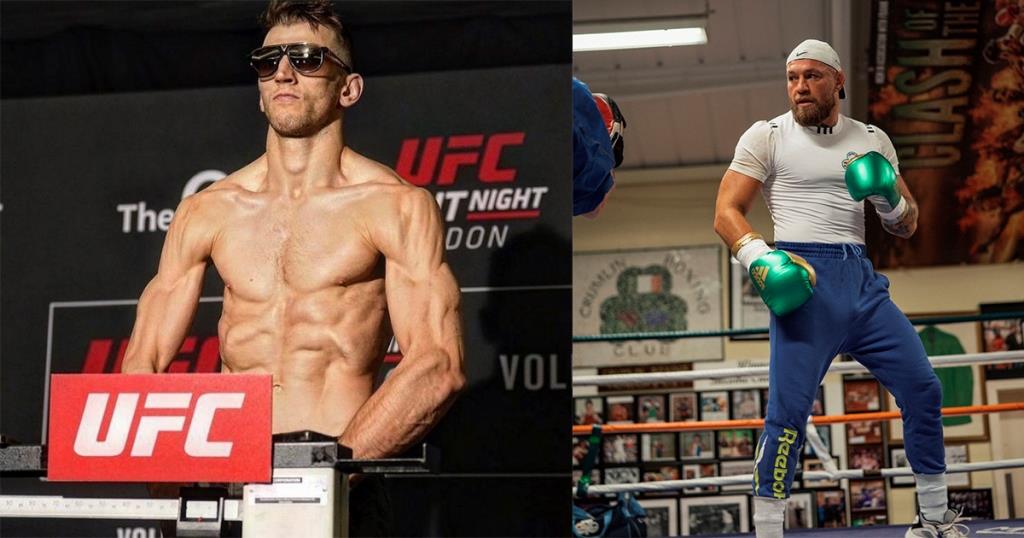 Conor McGregor has shared his thoughts on the upcoming bout between Dan Hooker and Arnold Allen, giving praise to the New Zealander in the process.

‘The Hangman’ is adored by a large portion of the MMA community for his willingness to fight anyone, anywhere, anytime. The 32-year-old has featured in some absolute barnburners, rightfully earning him a dedicated fan base. Now it seems the Irishman also appreciates the featherweight fighter.

“I think Allen is a good guy, I think Hooker is a good solid fighter, I’m interested to watch it for sure. You know, you may say Hooker’s kind of had his chance and Arnold’s looking to rise, or Hooker may have a resurgence. I wish them both well, I look forward to it. I believe it’s going to be a good fight.”

Dan Hooker has just one win in his last four and will be looking to stamp his authority in the featherweight division. He must first get past Arnold Allen, the well-rounded Brit who will be aiming to extend his eight-fight win streak in the UFC on the way to a potential title shot down the line.

What’s next for Conor McGregor?

Conor McGregor is working hard to recover from the horrific leg injury he sustained during his last outing in the octagon.

He has previously teased a move up to welterweight with pictures posted to his social media showing it could be a real possibility. While the 33-year-old would like to test the waters at 170 lb, a return to lightweight seems more likely.

If the title shot isn’t there for him when he’s ready to compete, the Dublin native has a handful of other options waiting for him. Michael Chandler and Tony Ferguson – who are fighting in two months – have both previously put their names in the hat to face ‘Notorious’.

We could also see McGregor standing across the octagon from either Nate Diaz or Dustin Poirier as he looks to settle the rivalry he has with the two.

Check out what McGregor had to say about the UFC London co-main event in the video below (21:45):