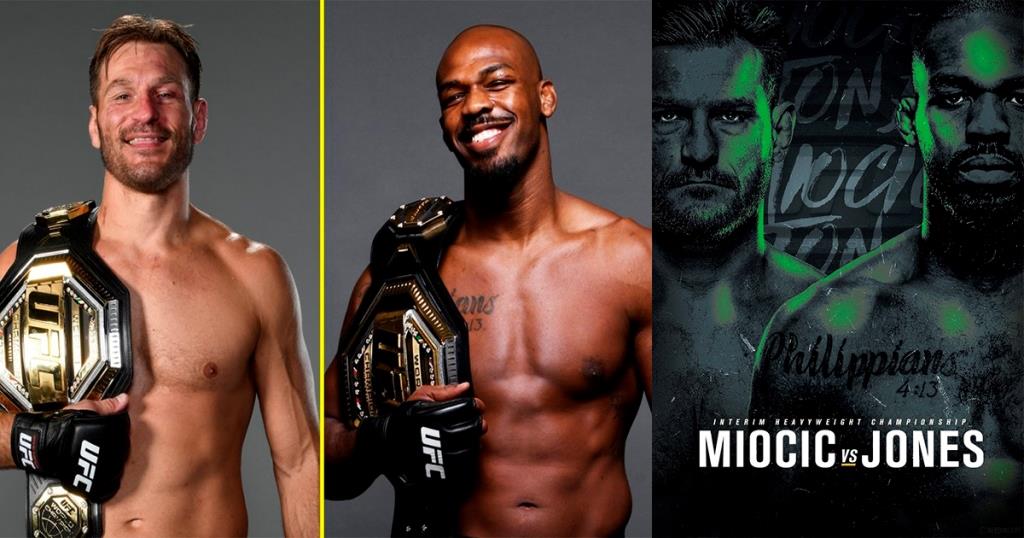 With Francis Ngannou on the sidelines, the UFC’s heavyweight division seems primed for an interim champion.

‘The Predator’ is coming off a unanimous decision victory over Ciryl Gane at UFC 270. Following the victory, it was revealed that Ngannou was suffering from a torn MCL and would be forced to undergo surgery. Alongside the injury, the UFC’s heavyweight champion has publicly pondered leaving the promotion to pursue boxing.

Dana White has remained confident that the UFC will retain the champion under contract. However, there’s still the issue of Ngannou not being able to fight. It seems that the UFC president has the solution to the inactivity.

White discussed the heavyweight division on My Mom’s Basement with Robbie Fox. According to the UFC president, there will “probably” be an interim title fight in the near future. He also added that Jon Jones and Stipe Miocic make the most sense for the bout.

“Yes, probably [there will be an interim title]… I’d rather the [interim title] didn’t exist, but you got to have them. They’re a necessary part of the business. You’ve got to have them.” Dana White said. “But yeah, if it’s not the champ it’s the next best guy. So, when the champ comes back, he immediately can fight a guy who’s the number one contender. There’s no question who’s the number one guy when you have an interim champ versus the champ.”

White continued and noted that he hasn’t personally talked to Miocic or Jones about fighting for the interim strap. However, he did add that the two former champions would be the top candidates for the bout.

“I personally haven’t heard from them [Stipe Miocic or Jon Jones] but that doesn’t mean the matchmakers haven’t talked to them. I’m sure they have. Those are the two guys you would be looking at.”.