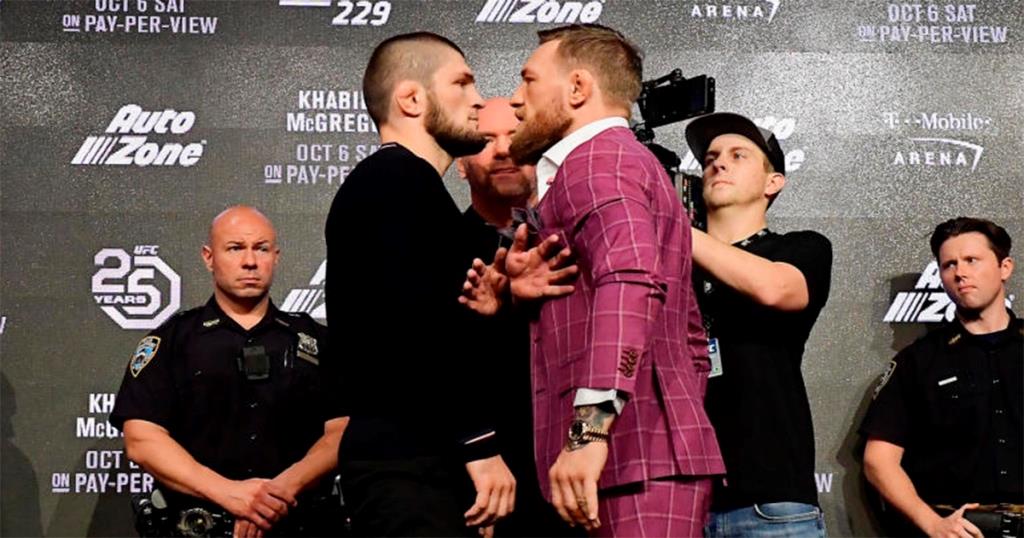 Dana White recently revealed that the UFC 229 clash between Conor McGregor and Khabib Nurmagomedov had the most amount of security present at a UFC event.

While in conversation with Robbie Fox, Dana White looked back at the post-fight brawl that took place at UFC 229 after Nurmagomedov submitted McGregor in the fourth round. The iconic clash took place at the T-Mobile Arena in Paradise, Nevada.

White further admitted that the UFC was prepared for any and all situations and in retrospect, the 52-year-old believes they handled the situation well. However, he did declare that security personnel could have done a better job at preventing ‘The Eagle’ from leaping over the cage to attack McGregor’s entourage.

“We were ready for it. We were expecting it. We were ready for it… I mean, even as, you know, as bad as it got, it never really got that out of hand. We got it under control fast enough, and if you watch the tape on that, there’s a couple of guys that didn’t move fast enough and you know they could have grabbed [Khabib Nurmagomedov] before he jumped over that fence.”

In a recent interaction with TheMacLife, Dana White offered his take on Conor McGregor’s recent call-out of Kamaru Usman. He admitted that such a fight was an excellent avenue to break the bank and revealed that he was scheduled to meet with ‘The Notorious’ to decide on his next steps.

“Yeah, it’s interesting. Yeah. I hadn’t heard that [Conor McGregor’s] coming into Vegas. We’re getting together soon and we’re going to talk and we’ll see.”

In a recent interaction with TheMacLife, the Irishman trained his aim at the UFC welterweight kingpin Kamaru Usman. McGregor admitted that Usman did not pose too big a threat to him in a potential bout in the future.

According to McGregor, he feels healthy and comfortable at his current weight. So cutting down to 155-lbs to compete at lightweight just didn’t seem as attractive.