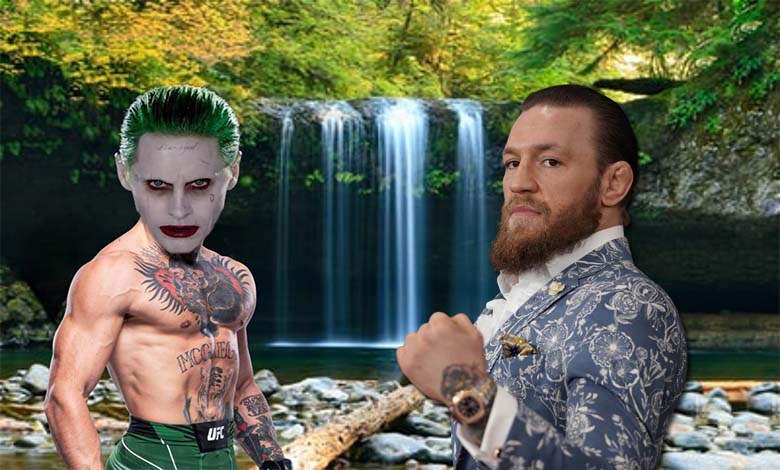 Conor McGregor has responded to Jared Leto after the Hollywood actor expressed interest in playing the Irishman’s part in a movie. McGregor invited Leto to practice the part with him. ‘Notorious’ recently wrote to Twitter:

“Jared Leto, I invite you to come and practice the part with me!”

A huge UFC fan himself, Leto was recently asked whose role he would like to play in a UFC movie. The American actor revealed that he would either play the part of Conor McGregor or UFC president Dana White. The 50-year old also acknowledged that he might be a tad too old to play the Irishman’s role. Leto told Extratv while promoting his limited series ‘We Worked’:

“Well, I am a huge UFC fan and I’m a huge Dana White fan. I hope he is a huge Jared Leto fan too. Maybe I could play Dana White. That would be great. If we do the UFC movie, if I was younger, I’d play Conor McGregor. I got the beard. What Conor does and what these guys and gals do is just extraordinary…. I’m too old to do Conor, probably, but you never know. We could maybe use some CGI.”

Jared Leto was in attendance when McGregor faced Dustin Poirier in a trilogy bout at UFC 264. He also went trending for sporting a plunging blouse, neck scarf, and beaded necklace to the event. Leto was also present at UFC 272, which was headlined by a grudge match between Jorge Masvidal and Colby Covington.

Conor McGregor has been out of action for almost a year after suffering a broken leg against Dustin Poirier at UFC 264. While MMA fans eagerly anticipate the Irishman’s return, UFC president Dana White revealed that it might take a while.

White is not worried about McGregor’s return fight because he is unlikely to make an octagon appearance before the fall. The 52-year old recently told talkSPORT:

“I’m not worried about [finding McGregor an opponent] because, first of all, Conor is not even fighting right now. He’s not back until the fall – if everything goes right. So a lot of the match-ups will play out this summer and whoever wins or loses, when Conor is cleared by a doctor and ready to go, we’ll figure out who’s next.”

Watch Dana White weigh in on McGregor’s return below: