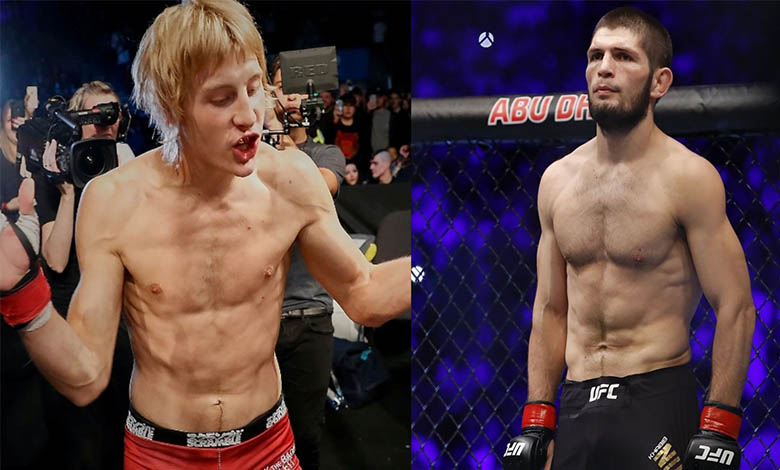 Paddy Pimblett, who has been earmarked for some time as the UK’s next mixed martial arts superstar, has taken a shot at the retired Khabib Nurmagomedov, claiming that he is a far more exciting fighter than the undefeated Russian icon.

Paddy Pimblett earned his second UFC win at this past Saturday’s event in London, finishing Mexico’s Rodrigo Vargas by submission in the opening round in what was the organization’s first event in the English capital in three years, and the second successive first-round finish for ‘The Baddy’ following his debut in September.

The win, though, didn’t come without Pimblett taking a heavy shot early in the fight from his Mexican opponent – something which also happened in his debut against Luigi Vendramini last year – but Pimblett said afterwards that, win or lose, he is never in a boring contest, and even went as far as comparing himself favorably to Khabib when it comes to drama inside the cage.

“That’s another performance of the night,” Pimblett, 27, said following the event in which he was awarded a $50,000 bonus.

“I’m never in a boring fight, that’s something that you can’t say about me. Khabib might have went 29-0 but he was never in an exciting fight like that, end of.”

Russian legend Nurmagomedov was occasionally the target of criticism for his wrestling-heavy approach to fights throughout his career, but his final career performances against the likes of Conor McGregor, Dustin Poirier and Justin Gaethje were among the most memorable fights in recent UFC history.

Paddy Pimblett, though, does have a knack for dramatic fights. Predominantly thought of as a striker recently, the Liverpudlian boasts two flying triangle submissions on his record and has finished 14 of his career wins inside the distance, stats which suggest that he is far more well-rounded than some of his critics may give him credit for.

Speaking further about his performance last weekend, Pimblett admitted that he feared becoming the butt of internet jokes when the initial stages of the fight didn’t exactly go his way.

“As soon as he hit me with that punch and ended up top, I was like ‘oh you’re gonna make yourself look like a proper mushroom now, you need to sort this out kid’. When you talk a big game like this, you can easily become an internet meme,” he told the media after the fight.

“I’m going to continue to prove myself right as I climb the rankings. I’ve seen a lot of people slating me saying I’ll never beat the top 15, but do you think half the people who are in the top 15 now will still be there when I’m actually fighting the top 15?

“I’ve still got a long way to go up the ladder, I’m not unrealistic I’m a realist. I know that I’m not top a 10 fighter, I know I’ve still got a lot of fights to do. Before I start fighting anyone like that, I wanna get another contract with some extra zeros on there.”

But the one zero that will forever be unattainable for Pimblett (and most of the UFC roster for that matter) is that zero that comes at the end of Khabib Nurmagomedov’s 29-0 professional record – regardless of who is the more exciting of the two.