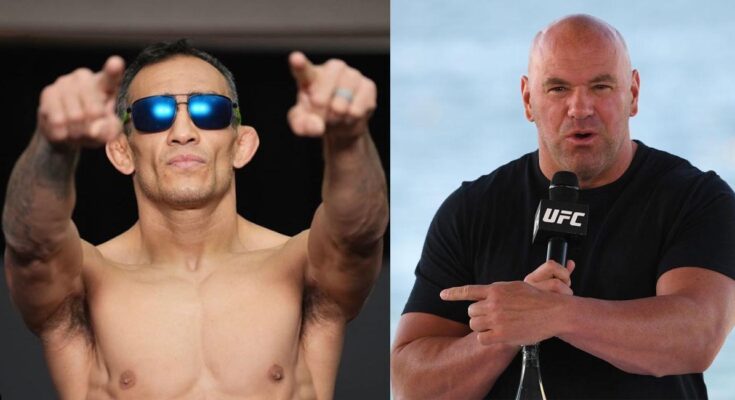 Some fans wondered if losing to Michael Chandler would mean Tony Ferguson would have to leave the UFC. After all, it would be Ferguson’s fourth defeat in a row. However, according to Dana White, this is not the case.

Ahead of UFC 274, Dana White gave an interview to TMZ Sports about the folded fight card. He was asked if “El Cucuy” would fight for his “life in the UFC” against Chandler. The UFC President replied:

Tony Ferguson will meet Michael Chandler in a highly anticipated encounter at UFC 274. Both fighters are on multiple-fight losing streaks and will be looking to make their way back into the win column.

Tony Ferguson’s unique fighting style is a mixture of various martial arts that he has been practicing for most of his life. This is a folk-style wrestling, and jiu-jitsu, and Wing Chun. According to Michael Chandler, this makes “El Cucuy” an unpredictable fighter, which is difficult to prepare for.

“Iron” also understands that it is this style of fighting that keeps fans in suspense throughout Ferguson’s career.

In their fight, Chandler may try to use his wrestling to control the course of the duel and look for opportunities to apply his ground and pound.

Check out Dana White’s interview with TMZ Sports below (Ferguson discussion begins at 1:35):