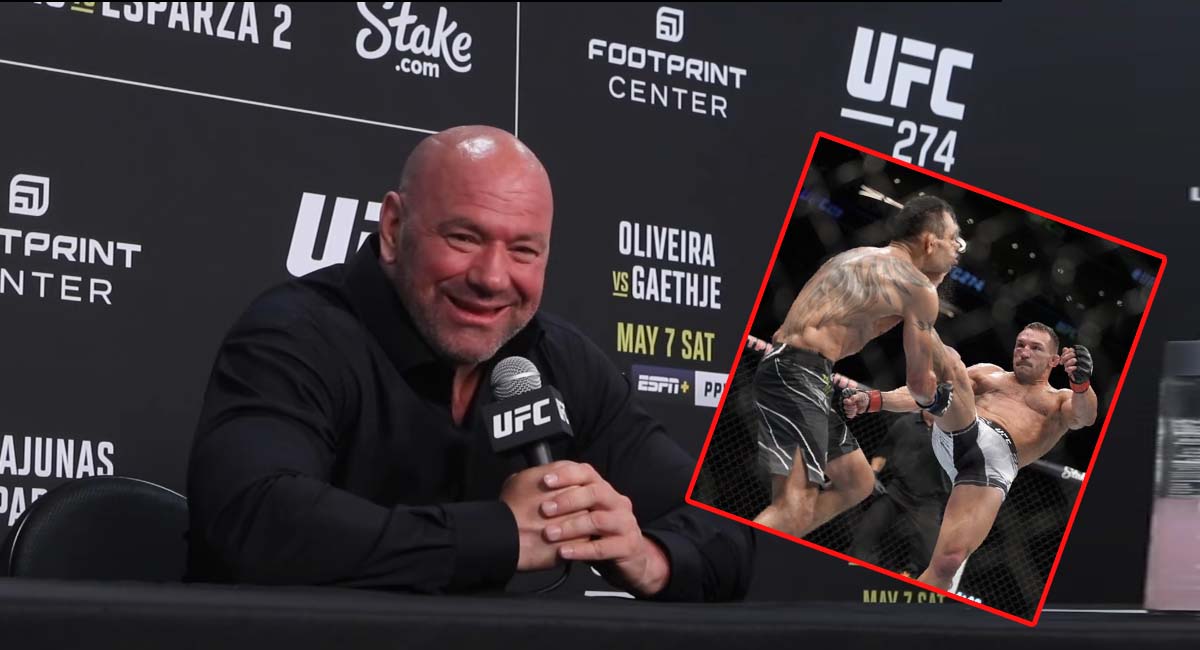 According to the head of the company, Tony performed well in that fight, but one punch decided the fate of the confrontation.

Dana White has seen a lot of knockouts during his time as president of the UFC, but considers Michael Chandler’s fight with Tony Ferguson “the most brutal.”

The former Bellator champion effectively knocked out Ferguson with a front kick in the second round of their fight in the main card of UFC 274, after which he went to the microphone to call for a fight with Conor McGregor in the welterweight division.

White was unsure about Ferguson’s condition in the immediate aftermath of the pay-per-view event in Arizona but was sure the KO ‘El Cucuy’ suffered was the most brutal he’d ever seen.

“I don’t know anything about Tony, other than that was the most vicious knockout I’ve ever seen,” he said at the UFC 274 post-fight press conference.

This is a high assessment from a man who witnessed how Francis Ngannou almost decapitated Alistair Overeem, McGregor laid Jose Aldo on the floor in 13 seconds, and Anderson Silva sent Vitor Belfort to a knockout with a front kick.

White heard Chandler’s call out of McGregor and is psyched by the prospect of seeing that fight happen but stopped short of confirming if he’ll look to book the bout next.

“That’s a fun one, man,” he said. Who the hell wouldn’t want to see that fight? But, Conor’s not ready yet. “Conor is hurt. So, when Conor’s is 100 per cent and can actually really start training for a fight, then we talk about what’s next for Conor.”

Posting a picture of Chandler’s kick, McGregor wrote: “If you pulled that out of a McDonald’s bag, you’d dip it in sauce and eat without a moments thought. No doubt. That would pass as a legit chicken nugget. That’s crazy.”

Dana White insists he has no plans to cut Ferguson despite the fact he is currently riding a four-fight losing streak and appears to be way past his prime.

“He’s still one of the top 10 guys in the world,” White added. “He looked damn good in that first round but that was a vicious knockout. Do you know what I mean?

“I think what needs to happen now is Tony needs to take some time off after that knockout.

“It’s not like, ‘Oh my god. Tony got dominated and doesn’t look like he belongs here.’ Tony looked damn good right up until he got caught and you know in this game anyone can get caught with anything.”