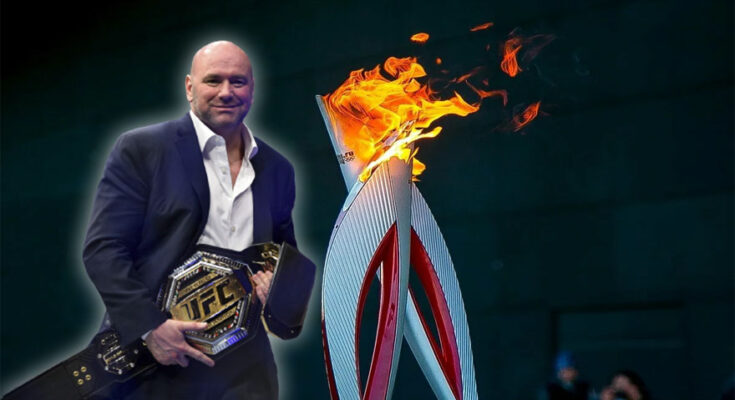 The Olympics feature several combat sports, but MMA is not yet one of them.

While UFC president Dana White isn’t going to lead the charge to make it happen, he puts his full support around the idea of MMA becoming an Olympic sport.

Dana White believes that MMA should be included in the main program of the Olympic Games. According to White, it will help attract spectators to the Olympics, but he stated that he is not going to take responsibility to promote mixed martial arts in the Olympic program.

“I think it should be an Olympic sport already,” White said Wednesday during a UFC fan Q&A. “It’s not my job. It’s not what I’m looking to do. I’m not pushing to turn this thing into an Olympic sport. I agree with whoever said that, yes. And not to mention the fact that one of the big problems the Olympics is having right now, is viewership. You want viewers? Put MMA in the Olympics. ”

In the summer games, karate, judo, wrestling, and boxing are all featured. In 2021, the International Olympic Committee (IOC) granted provisional recognition to three more combat sports: sambo, kickboxing, and muay thai. These three could be featured in the 2024 Olympics or 2028 Olympics, though not guaranteed.

MMA, meanwhile, doesn’t have the provisional recognition yet. After logistics are hashed out, a proposal needs to be put before the IOC for approval. The International Mixed Martial Arts Federation (IMMAF) is leading the way with its efforts, including the obtainment of WADA status in January.

As for Olympic ratings being down, White is accurate. The 2022 Beijing Winter Olympics saw a 46 percent drop in viewership from the 2018 Winter Games in Pyeonchang.