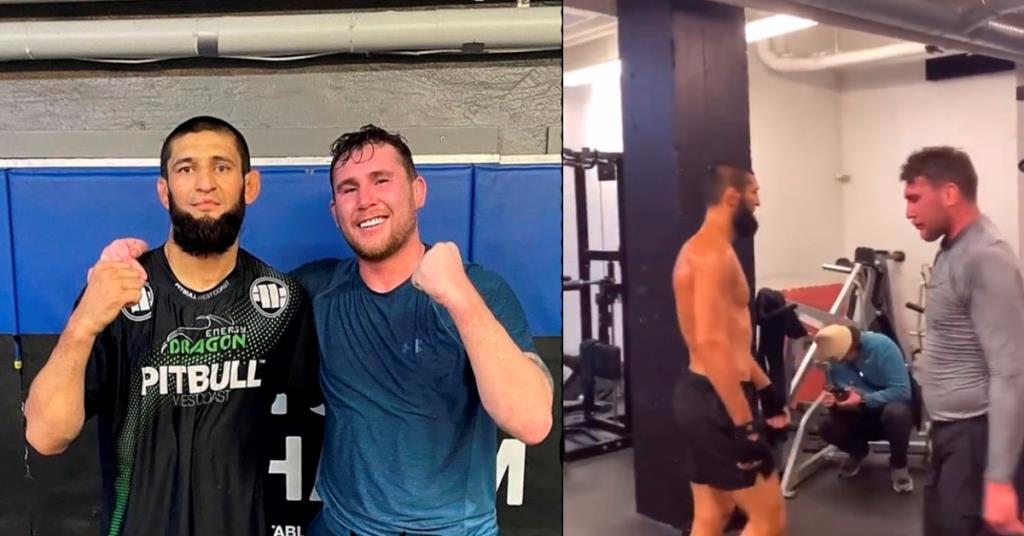 Till, currently on a two-fight losing skid, has been training with Chimaev at the Allstar Training Center in Stockholm, Sweden. The duo seem to be getting along outside the gym as well.

Darren Till showed how he trained with Khamzat Chimaev. Till showing the bruise he received from Chimaev (slide 3):

Darren Till moved up to 185 lbs after consecutive losses to Tyron Woodley and Jorge Masvidal at welterweight. The Brit has endured a turbulent run at middleweight so far, going 1-2 in his last three fights. He is coming off back-to-back losses to Robert Whittaker and Derek Brunson. ‘The Gorilla’ will be looking to return to winning ways in 2022.

Meanwhile, Khamzat Chimaev is one of the hottest prospects in the UFC right now. The undefeated phenom is 4-0 in the UFC and has competed at both welterweight and middleweight. He has finished every opponent he has faced to date.

Till’s poor takedown defense ultimately led to his downfall against Whittaker and Brunson. He will be looking to improve his wrestling as he trains with Chimaev, who is among the best wrestlers in the sport.

Late last year, Darren Till expressed an interest in training with ‘Borz’ at the Allstars gym. Alternatively, he proposed that Khamzat Chimaev could come over to the UK and train at his gym. Chimaev has competed at both welterweight and middleweight in the UFC, akin to Till.

During their training session at the Allstars gym, Chimaev addressed Till and jestingly stated, “Come on, fat boy.” Till responded with a smile. The UK MMA stalwart joked about himself and said, “Let’s go, fat boy.”

Chimaev and Till also challenged one another to a fight in the past before eventually agreeing to train together. Presently, it’s unclear whether Till plans to train at the Allstars gym on a full-time basis or return to the UK.