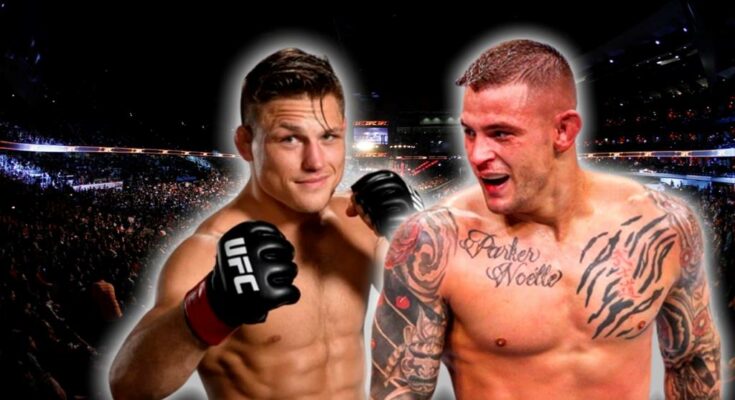 Dustin Poirier’s next fight in the UFC is yet to be booked. ‘The Diamond’ has remained inactive since his loss to Charles Oliveira in the main event of UFC 269 last December. Poirier was initially interested in a potential clash with Nate Diaz but the fight never came to fruition.

Diaz will now face surging welterweight contender Khamzat Chimaev instead. As for Poirier, it seems like he will get the chance to settle his rivalry with Michael Chandler inside the octagon.

The Louisianan’s manager has recently claimed that he is likely to face the former Bellator champion next.

ESPN MMA’s Brett Okamoto took to Twitter to report the news. He wrote:

“Asked Dustin Poirier’s (@DustinPoirier) representative Tiki Ghosn (@tikighosn) for an update.”Looks like it’s going to be Michael Chandler (@MikeChandlerMMA). Sounds like he wants the smoke and Dustin is going to give it to him.””UFC hasn’t reached out yet, though.”

Drew Dober wants to share the octagon with Dustin Poirier before ‘The Diamond’ hangs up his gloves. Dober is a big admirer of Poirier’s skillset and his achievements inside the octagon.

In a recent interview, the Omaha, Nebraska native said he wants to compete against fighters he respects and that he has a lot of respect for Poirier.

Apart from respect, there’s another reason why Dober wants to fight the Louisianan. He revealed that he was supposed to fight Poirier as an amateur but the fight never came to fruition due to some reason and he hopes it ends up taking place before they both retire.

During a recent interaction with Andrew Whitelaw, Dober elaborated on why he wishes to fight ‘The Diamond’. He said:

“Dustin Poirier, man, that guy’s incredible. Such a great boxer, I’ve been such a fan of his and anytime we’re in the same room together he reminds me that we were scheduled to fight as an amateur and it bypassed us, we didn’t do it and so I want it back with all due respect because I think the guy is tremendous and much respect to him and I only want to fight the guys I respect.”

Drew Dober is scheduled to compete in the upcoming UFC 277 pay-per-view on July 30. He will take on Rafael Alves in a lightweight matchup.

Watch our full exclusive interview with Drew Dober below: