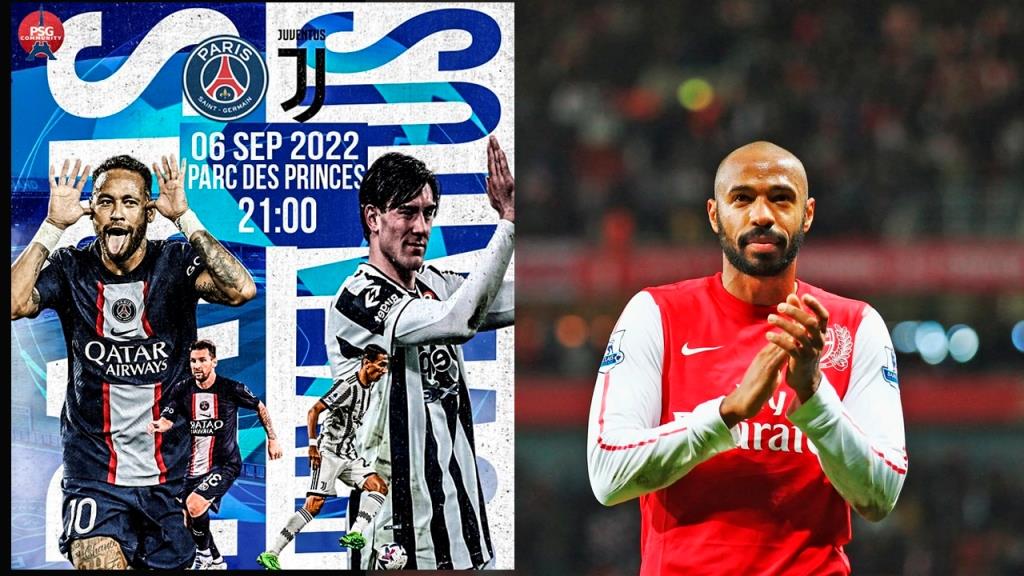 PSG, who are unbeaten across all competitions so far this season, are currently in a rich vein of form. Christophe Galtier’s men will go into Tuesday’s fixture on the back of a dominating 3-0 victory against Nantes, their fifth win in six Ligue 1 matches.

Juventus, on the other hand, have started the season on a lackluster note. The Bianconeri are currently in seventh-place in the Serie A table with just nine points from five matches. The club were recently held to a 1-1 draw against Fiorentina on September 3.

The two teams will face off in Group H at the Parc des Princes, while another match from the group will see Benfica host Maccabi Haifa on the same day.

Speaking ahead of the contest, Henry shared his thoughts and claimed that PSG will register an easy victory. He said (via Planet PSG):

“It’s Juventus, so it’s still a poster, but for me, they are below what is best in Europe at the moment. I see Paris winning quite easily.”

The Ligue 1 champions will be spearheaded by the dangerous troika of Lionel Messi, Kylian Mbappe and Neymar. The trio have already scored 20 goals between them so far this campaign.

The Parisians, who already have one trophy in their bag (Trophee des Champions), are atop the Ligue 1 table with 16 points from six games.

The club have scored a whopping 28 goals across all competitions in the ongoing season, including four in the Trophee des Champions final.

Meanwhile, Juventus will hope to become the second team after Monaco to stop PSG from registering a win in the 2022-23 season

Speaking ahead of his team’s UEFA Champions League opener, Juventus boss Massimiliano Allegri shed light on the Bianconeri’s approach to the contest at the Parc des Princes. He said (via Football Italia):

“We face an extraordinary team, the favourite to win [the Champions League]. Our target is to be at their level. We will play a great game technically, it will be an entertaining match. We must take a step at a time. We must work and improve.”

“They have so much technique that we must work well. Neymar, [Kylian] Mbappe and [Lionel] Messi are so strong that they find the position easily. We must be able to stop them when we don’t have the ball, but also when we have it and we’ll do it.”