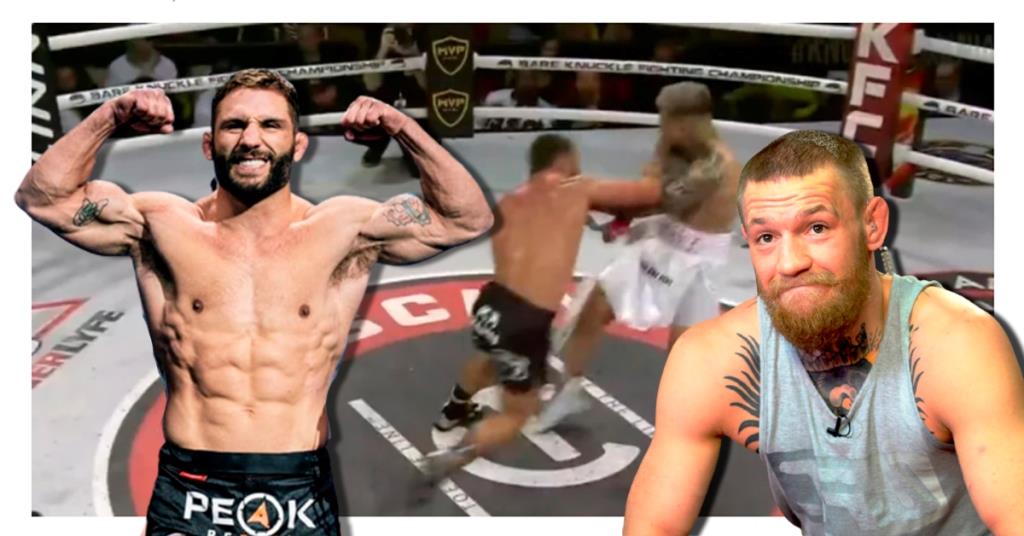 Former rival of Conor McGregor, Chad Mendes made a return to combat sports with a huge bang. The former UFC featherweight title contender made his Bare Knuckle Fighting Championship debut against Joshuah Alvarez.

This was the first time ‘Money’ returned to fighting since 2018. His last fight was against the current UFC featherweight champion, Alexander Volkanovski, which he lost via TKO. However, he looked right at home during his return and landed some sweet strikes on his opponent. He scored multiple knockdowns in the fight and won via TKO in the fourth round.

The fight started as a competitive contest. Both fighters had their moments and showcased plenty of skill. However, things quickly shifted towards Mendes’ corner, as he got knockdowns in the second and third rounds. Mendes was landing the better and cleaner shots for most of the fight.

In the fourth, Mendes poured it on Alvarez. He got three knockdowns and the referee was forced to wave off the fight after Mendes’ opponent hit the canvas one last time. It was largely a dominant showing by Mendes.

After the fight, he talked about his debut:

“It was fun, was a long journey to get here tonight. I think we trained for almost a year for this one fight. Things just kept getting pushed back, and I didn’t want to step away and not be prepared just in case something came up last minute. So, we kept training, and all that hard work paid off tonight. So, it’s awesome to see. It feels good.”

During the interview, Mendes also talked about his future plans. He can either return to BKFC or even make a debut in some other organization. However, he wants to take a step back for now and go from there.

“I don’t know, I’m gonna unwind with my family for probably the next two weeks,” Mendes said.

“It’s been like I said, a long journey to get to this point tonight and I’m just gonna unplug for a little bit. Step back and reevaluate and just see what things are like, how I feel. Probably talk to the wife a little bit and we’ll go from there.”