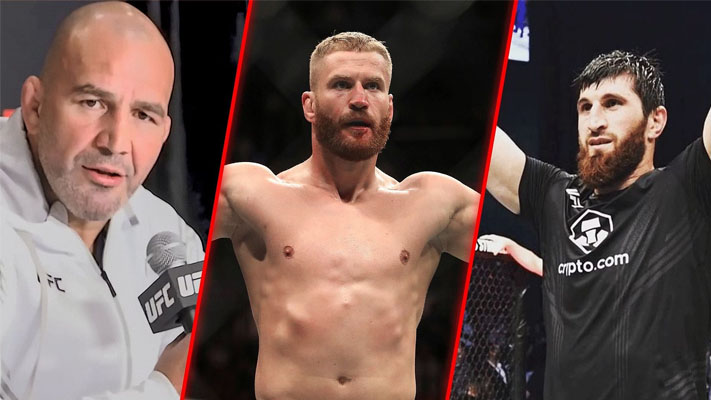 UFC 282 was supposed to feature a rematch between Teixeira and Jiri Prochazka for the light heavyweight title. Unfortunately, the bout was scrapped after Prochazka announced that he had suffered a severe shoulder injury during training camp.

Prochazka, who was gearing up for his first title defense, was subsequently forced to relinquish his belt. As a result, the co-main event bout between Blachowicz and Ankalaev was elevated to a title fight.

During an interview with Super Lutas’ YouTube channel, Teixeira pulled the curtains back to reveal the negotiations he had with the UFC. According to the Brazilian, the promotion offered him a chance to regain the title against Ankalaev.

But when he asked to postpone the matchup to UFC 283, according to Teixeira, the decision-makers declined and slotted Blachowicz in his place:

“I felt a little disrespected… Given everything I’ve done for this company. I’m a bit sad about this whole situation. Why wouldn’t they let me fight Jan? It’s two old timers fighting again, but it would sell more than this Ankalaev fight. We’re two heavy-hitters. It would sell more for sure, no disrespect to Ankalaev. He’s just not that well-known here in America. Maybe he is in Russia, I don’t know. Honestly, I don’t understand these things that they do.” [Translated from Portuguese to English by Bloody Elbow]

Jiri Prochazka apologized to Glover Teixeira after the latter lost his chance to fight for the title.

Following his announcement, Prochazka posted a video on Instagram to address his fans. The video opened with ‘Denisa’ apologizing to his supposed opponent, before promising his supporters that he will return to reclaim the belt.

“I have to say sorry to Glover… I canceled that fight so [close] to the fight. And that’s life. So congratulations to Ankalaev and Blachowicz for the title chance. But still, I feel like a champion and after I will be back, I will come for the title and more. My targets are higher than just the title. I’ll be back.”