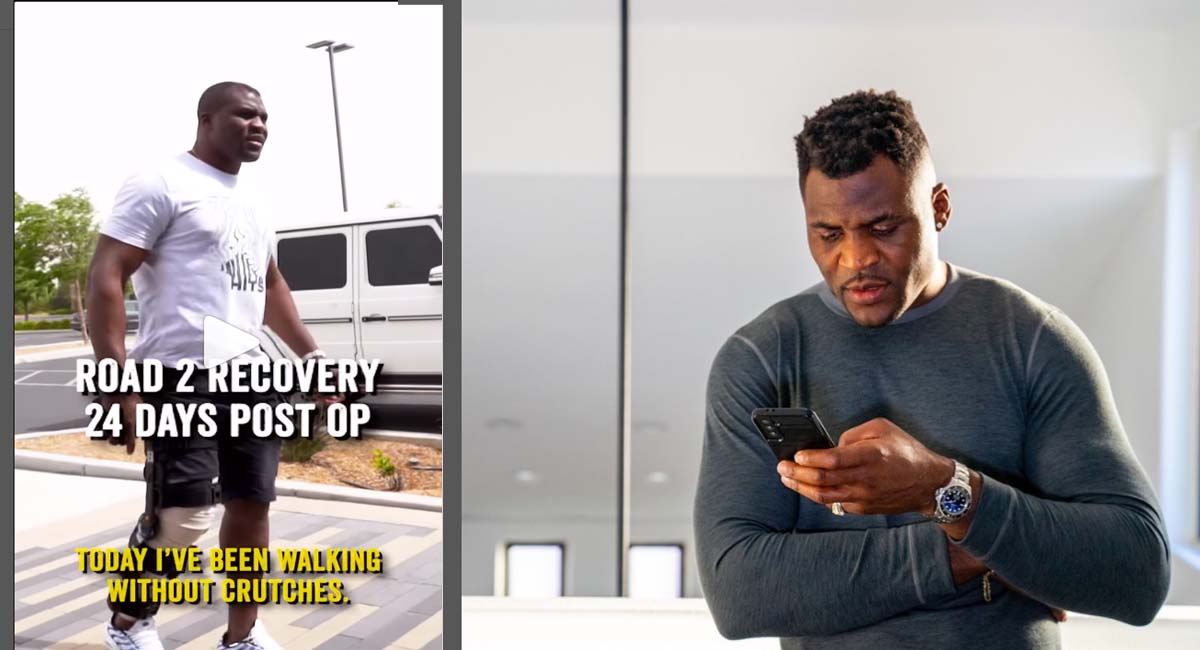 In a recent post on social media, Francis Ngannou offered fans a sneak peek into his road to recovery. Ngannou can be seen walking without crutches for the first time since his knee surgery in a video he posted on Instagram.

The reigning UFC heavyweight champion wrote in the caption:

“No crutches and back on the bike”

In addition to walking without crutches, Ngannou was also seen doing some basic free-weight exercises like squats and riding a stationary bike in the gym.

‘The Predator’ suffered an MCL tear and partial ACL tear while sparring to prepare for his highly anticipated clash against Ciryl Gane at UFC 270. The action unfolded at the Honda Center in Anaheim, California. The main event clash saw Ngannou edge out a unanimous decision victory over Gane to successfully defend his title.

He is currently embroiled in a contract dispute with the UFC. If he does re-sign with the promotion, UFC president Dana White has revealed that an interim title fight is likely. The public consensus is that former heavyweight champion Stipe Miocic and former light heavyweight kingpin Jon Jones will compete for interim gold, with Ngannou slated to remain on the sidelines for upto nine months.

Francis Ngannou has paid tribute to Brazilian welterweight Alex Oliveira, who was recently released by the UFC. He hailed ‘Cowboy’ as a veteran, lauding him for everything that he had achieved inside the octagon.

“A veteran who brought a lot of value and excitement to the sport and the company.”

Oliveira parted ways with the UFC after competing in 22 fights under the promotional banner. Over the course of his career in the UFC, the 34-year-old managed to accumulate a record of 11-10 with one no contest.

Oliveira most recently featured in a welterweight clash against Kevin Holland at UFC 272, where he was finished in the second round. The defeat to Holland marked the last fight of his contract and his fourth loss on the bounce.