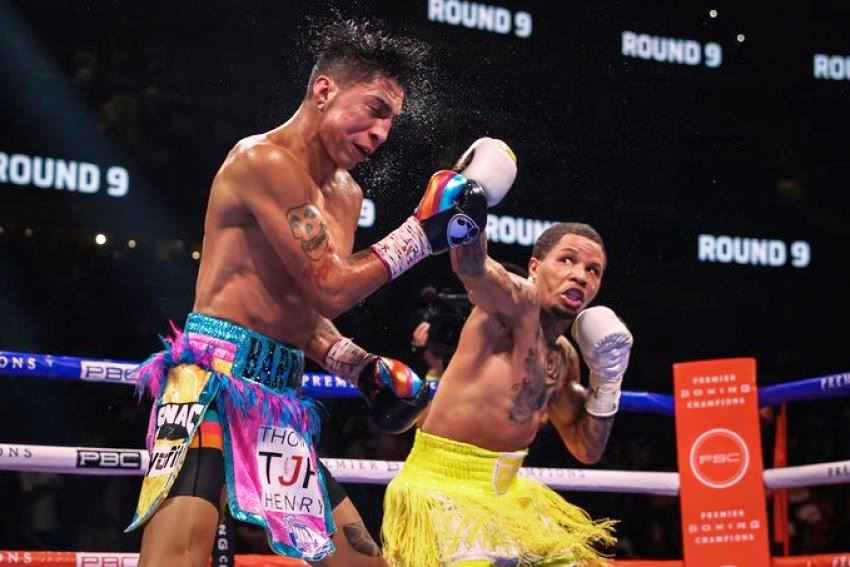 Round 1: Tentative start in the first minute. Shocking, I know. Barrios trying to throw from distance, but Davis backs out and looking to find his own openings. Davis tries to duck under and throw a straight left, doesn’t land. Nobody landing anything clean really. Very much a feeling-out round, though with some intent thrown from Barrios especially. But his hands look a little slow against Tank. I think Barrios tried to do more so I’ll nick him the round.

Round 2: Still feeling it out for the first minute here. Right hand from Barrios. He fires a left hook, misses, and the right behind it misses, too. Barrios with a hook to the body. Tank really is utterly tiny for this division. But there he shoots that straight left and it had some heat on it, too. Got there at least partially. He feinted to land that one. Barrios to the body, left hook and right hand up top. Tank mostly able to lean back and not eat these shots fully clean, but it is work while Davis isn’t throwing much yet at all. Really the only punch he landed this round was that good left.

Round 3: Barrios is applying some solid pressure, not landing a ton clean, but doing work and Davis can’t commit yet. He really is too small at this weight. I mean that’s looking really obvious. He might be fine in the division, might win here and do OK overall, but this is obviously not his best weight. Davis getting huge reactions every time he throws but he’s struggling to find consistent success. But he is getting close with big shots. Or closer, anyway.

Round 4: Davis feinting and pawing a lot, a for-show jab so far. But it might open something up. Barrios staying composed. Davis still has great hand speed here, he is close at times. And he still looks confident, smiling in there. But Barrios is edging rounds. Davis poking out with a sharper jab now. Davis is doing better this round, not relenting as much, not giving as much ground. He slips a right hand thrown from Barrios. Double jab from Barrios, right hand a moment later. I don’t know, man, Tank is having a rough go of this. He’s not getting beaten up but the size is an issue.

Round 5: Davis trying to pressure a bit more and throws a left, doesn’t really land but it gets the reaction. But he throws it again. Barrios back with a right to the body. Davis trying to take the jab from Barrios now, which is setting him up to get closer and throw with his speed. This might be exactly all he needs, but Barrios throws a left hook-right hand combo again. He’s making Tank think about return fire, always. Barrios leaning in more, though. He might have too much confidence now. Right to the body, left up top from Tank! Barrios with a hook to the body! Heating up a bit and Davis is starting to throw more! Left hand gets in! Hard shot from Tank, Barrios with one in return to the body! By far best round of the fight.

Round 6: Barrios has a cut. Tank’s now taking that jab away, getting it in the range he wants and frankly needs, because Barrios may not be some expert all-timer jab machine, but he definitely used the range early, he wasn’t fighting dumb coming in here. Left hand from Davis, he’s pressuring, pushing the fight forward. If nothing else that totally changes how a lot of judges see a round where there’s little to split them otherwise. Davis looking for the left, but he does walk into a counter right from Barrios. Good straight left from Tank, a sharp one. He shoots it again but that one doesn’t land. Barrios slow on the counter. Barrios with a right, but Davis is getting the fight he wants now for the most part.

Round 7: Barrios throwing to the body, lands a bit, but Davis slips the head shots and resets the action. Steve Farhood has it 59-55 Barrios, for the record. Davis jabbing more, always the guy moving forward now. Again, not DOING a ton as far as landing a lot of shots, but he’s keeping Barrios from being the guy clearly doing more. I think the body language battle is being won by Davis. Barrios looks like he’s over-thinking in spots, not trigger shy but being maneuvered where Davis wants to take him. Davis with a charge late in the round.

Round 8: DOWN GOES BARRIOS ON A RIGHT HOOK A MINUTE INTO THE ROUND! He’s up but BARRIOS DOWN AGAIN! Tank smells blood here! Davis going at him again and going for the finish! Barrios on bad legs and trying to fire back. Tank looking for that finisher. Now it’s slowed down some, Barrios has defended well, to his credit. But it feels like any time at the moment. 45 seconds to go. Barrios trying to stay away. Davis trying to pounce. Barrios drilled with more shots! Barrios MIGHT survive here. 15 seconds. Barrios slips a couple shots. He gets out of the round.

Round 9: Barrios lands a good combo about a minute into this round that Davis dances at but he felt that. Barrios trying to put the pressure on and get Tank’s respect back, and there’s some question how much energy Davis expended in the eighth without a finish. Barrios gets Davis to the ropes and throws. Davis not throwing much this round at all, might be wise down the stretch, but he’s giving the round away and Barrios is making sure to do enough to take it.

Round 10: Floyd Mayweather told Tank in the corner between rounds that he’s down on the unofficial card. Davis didn’t like that. Floyd said he was just telling him the truth. And Davis is coming out firing in the 10th. He’s backing Barrios up again, but Barrios lands a HARD right to the body, maybe strayed a bit low, and Tank comes back at him! Definitely more two-way action this round than the ninth. Some of this fight has been a bit dull, some has been very good. Body work from Barrios has been really good, and then an uppercut and a right hand, but Davis drills him back! Hell of a round! Barrios is hurt! But he’s throwing shots back at Tank as his corner screams at him to “tie him up!” Body shot exchange and another big left from Tank! Oh man, Davis stole this round with good work late, Barrios was having a good round. And a DAMN good round to watch!

Round 11: Time being called about a minute in to fix the tape on Barrios’ left glove. Davis trying to press forward but Barrios trying to stay aware and fire back, too. Just some tense action right now. Barrios lands a HARD left hook and Tank eats it, my heavens. Davis walking through shots and then lands a right hook! Davis going to the body and DOWN GOES BARRIOS ON A LEFT TO THE BREADBASKET! Barrios up but RULED DOWN AGAIN AND IT IS OVER!!! 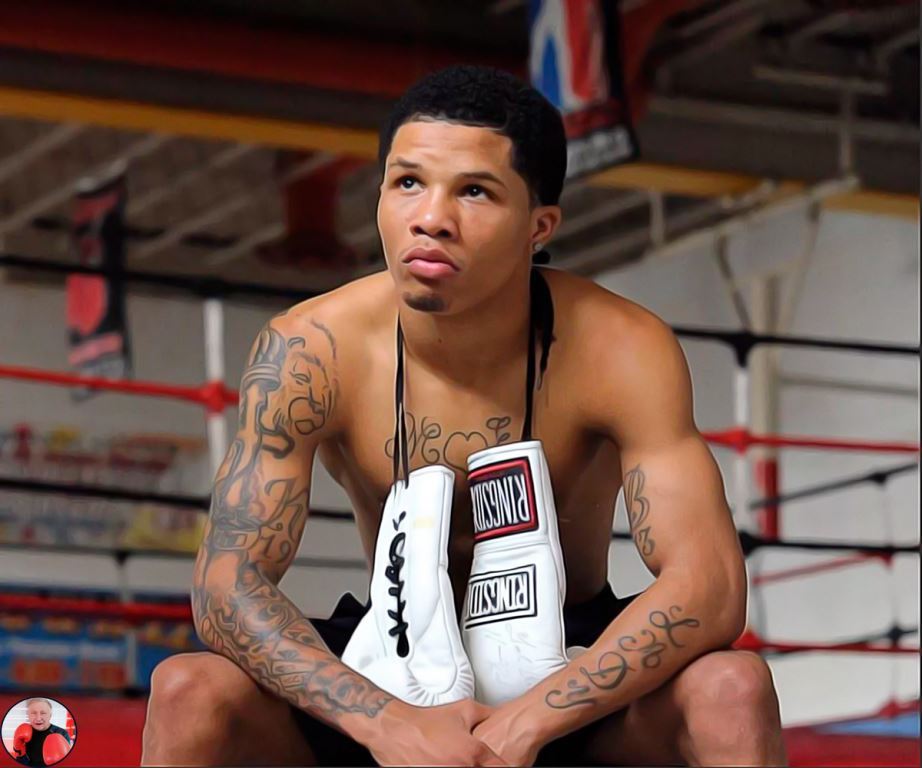 Boxing News: Gervonta Davis, must decide in which division he wants to compete and refuse championship belts in other divisions. 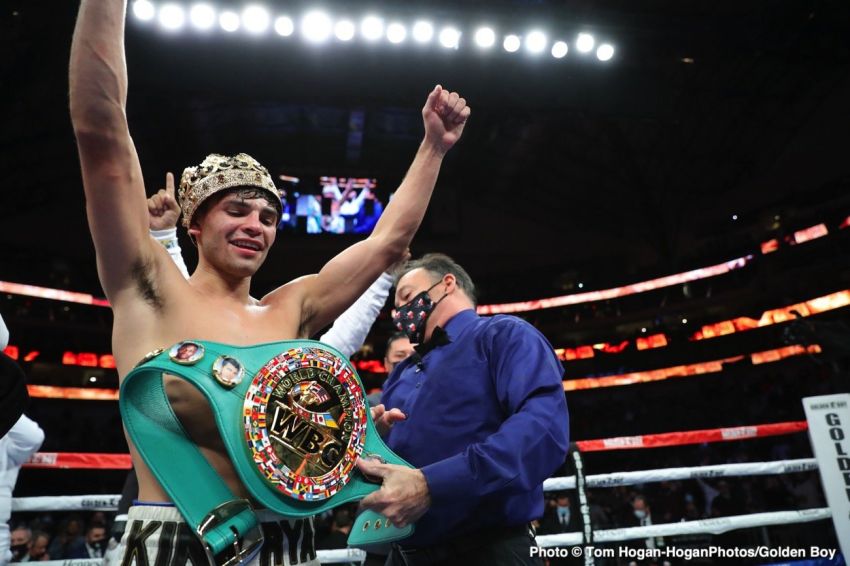 Ryan Garcia said that in the next fight he could fight with an eminent opponent. 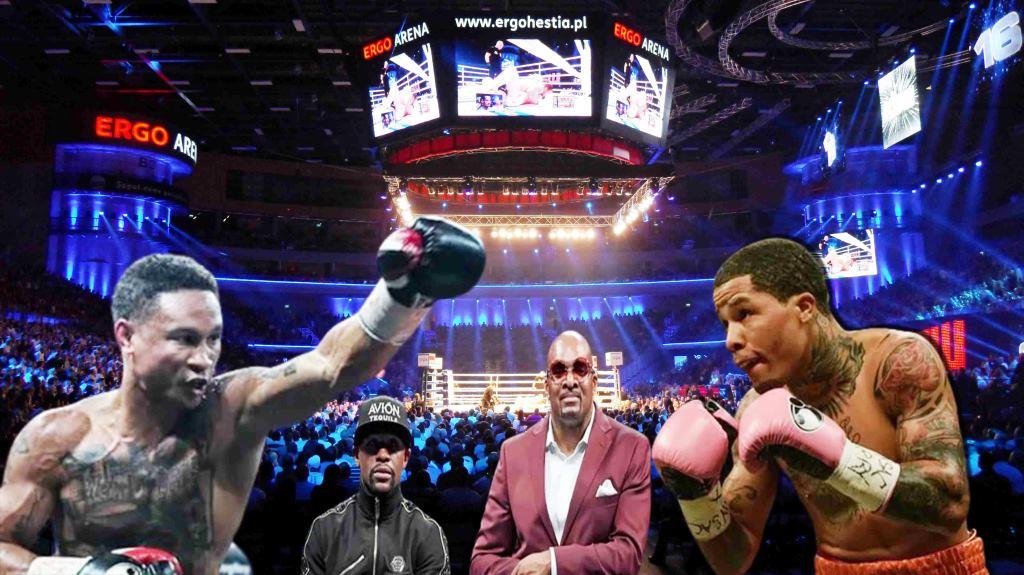