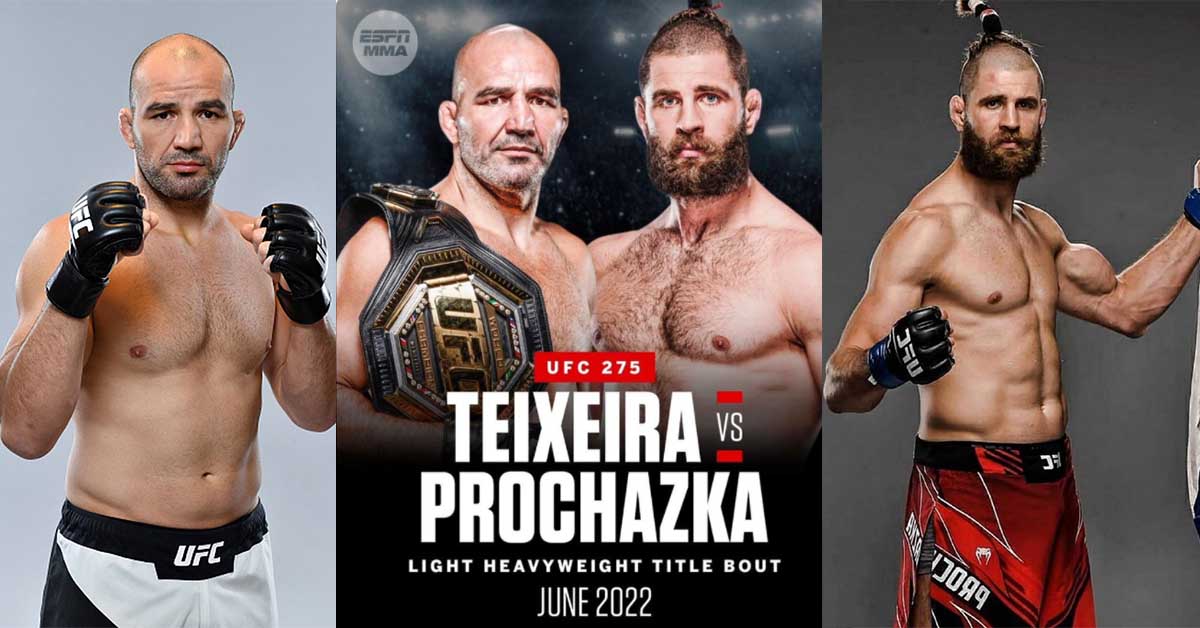 Glover Teixeira’s first UFC title defense against Jiri Prochazka has been delayed by more than a month – for June 11.

Originally announced for UFC 274 on May 7, light heavyweight champion Teixeira will now meet Prochazka at UFC 275, which is expected for June 11. A reason for the change was not revealed.

UFC 275 does not have announced location or venue. The main card is expected to air on pay-per-view following prelims on ESPN and early prelims on ESPN+.

Teixeira, 42, hopes to continue a remarkable run in the twilight of his career. No. 1 in the latest MMA rankings light heavyweight rankings, Teixeira claimed the title with a submission of Jan Blachowicz this past October at UFC 267, which pushed his winning streak to six. Five of those six wins have been finishes.

Prochazka, 29, will enter with a 12-fight overall winning streak, which includes his first two UFC bouts. Prochazka, the former RIZIN FF light heavyweight champ, won in spectacular fashion in his most recent bout, knocking out Dominick Reyes with a spinning back elbow in May 2021. Prochazka is No. 6 in the MMA rankings.