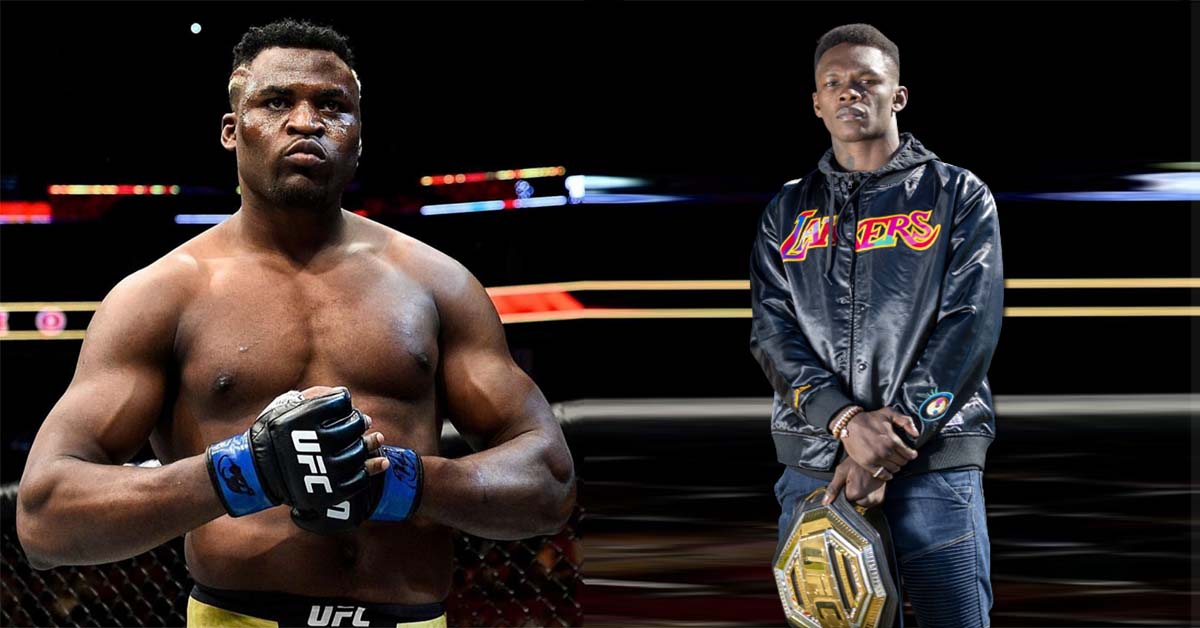 Israel Adesanya explains how different Francis Ngannou is from his intimidating appearance.

Israel Adesanya touched on Francis Ngannou’s personality and stated that he believed in the heavyweight champion despite his issues with the UFC.

‘The Predator’ is currently embroiled in a contract dispute with the UFC, which was one of the biggest storylines heading into his title clash with Ciryl Gane. Despite external pressure and a knee injury, Ngannou utilized his improved wrestling to overcome a two-round deficit and retain the heavyweight crown.

During a recent appearance on the True Geordie Podcast, Israel Adesanya called Francis Ngannou a “big, friendly guy” despite the intimidating presence of the heavyweight champion. The middleweight kingpin said:

“When you meet him, you’ll realize because he’s a gentle giant. He commands so much respect when he walks in the room, but when he speaks, you know he’s a big, friendly guy when he’s your friend. I’ve been fortunate enough not to be on the receiving end of any of the other stuff… I never lost faith in him one way or another. I knew he’d get it done.”

Israel Adesanya explains how different Francis Ngannou is from his intimidating appearance bellow:

Francis Ngannou might not defend the heavyweight championship anytime soon

Francis Ngannou had a torn MCL and damaged ACL heading into his clash with Ciryl Gane at UFC 270. He needs to have surgery before he can start training again or even contemplate a return to the octagon. ‘The Predator’ could be out of action until November.

Jon Jones, who has declared his intentions to compete this year, has his eyes set on the heavyweight championship. ‘Bones’ has also expressed his desire to take on Stipe Miocic for an interim title in the Cameroonian star’s absence and could be open to fighting in the summer.

If Ngannou doesn’t come to terms with the UFC and manages to become a free agent, he could take on Tyson Fury. ‘The Predator’ has made no secret that he’s looking for a big payday in boxing, and ‘The Gypsy King’ might just be his ideal opponent inside the squared circle.

Scott Coker is willing to get Francis Ngannou on board Bellator