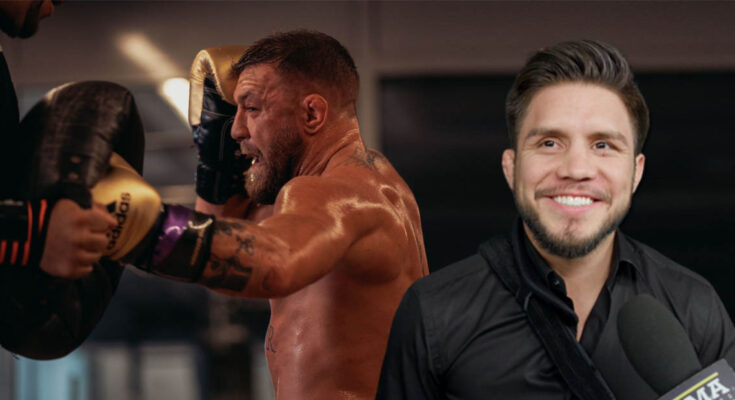 Henry Cejudo is not a fan of Conor McGregor’s boxing skills and once again reminded the Irishman of this. McGregor, who may be preparing for a potential return to the octagon later this year, shared footage on social media of him doing a few overlays.

‘Triple C’ Cejudo was clearly not impressed with McGregor’s technique and pointed this out to the former champion in two divisions. He stated that there is no element of surprise in the way the Irishman conducts his combinations, and gave some advice on how McGregor can improve his technique.

“To much too much wind telegraphs what you’re doing which makes it not believable. Half punch the front hand to disguise the back hand. It’s not about the combination but how you hide everything with a big surprise. Sincerely the goat – humble Henry”

Although McGregor has not yet responded to Jeju’s comment, people can expect a scathing response from him if he does decide to respond.

Conor McGregor has promised fans the return of “Nasty Mac” as he continues to step up his recovery from injury ahead of a UFC comeback.

The Irishman has been out of action since breaking his leg in a second consecutive defeat by Dustin Poirier last July. Fans are eager to see the return of arguably the sport’s leading superstar, who is planning a return before the end of the year.

McGregor has been sharing pictures and footage of his ripped physique after bulking up to 190lb during his lay-off and is likely to have several options open to him when he returns.

The Irishman is plotting a comeback at 170lb where his last victory came in a tune-up fight against Donald Cerrone two years ago. However Conor McGregor had an extremely active weekend on social media with UFC 274 taking place and featuring lightweight rivals Charles Oliveira and Michael Chandler.

Oliveira opted to call out Conor McGregor who previously wanted an immediate title shot at the Brazilian before ballooning in weight during his comeback. But the Irish star declined to accept the offer and contemplated his upcoming weight plan. “I’m not sure I wish to cut the weight,” he said. “I am really enjoying being built like a refrigerator.

“I feel I want to fight at this size just to watch it back lol. But I’d love to fight the Brazilian, 100 per cent! I love Brazil and I’m unbeaten against Brazil. All KO’s. I’ve some thinking to do.”