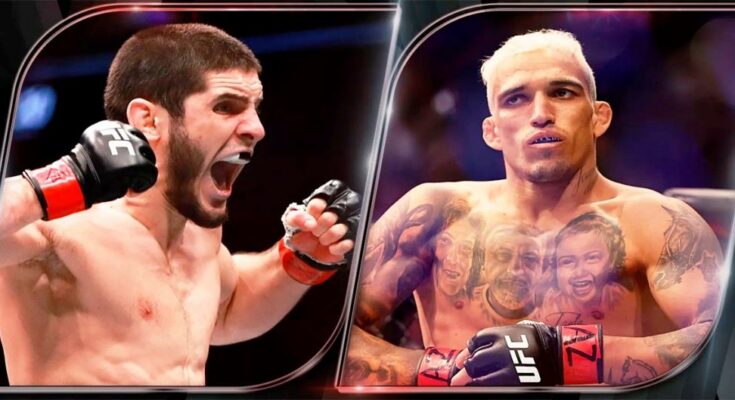 UFC lightweight Islam Makhachev wants to face Charles Oliveira for the vacant title in October, and believes he will beat the Brazilian at his own game of submission grappling.

Islam Makhachev (22-1) is expected to fight Oct. 22 in Abu Dhabi, United Arab Emirates, located in a predominantly Muslim region where he is very popular.

The question of whom he will fight is a big one in determining the UFC’s schedule in the second half of 2022. UFC president Dana White has stated he wants Makhachev to fight Beneil Dariush, but Makhachev is also an obvious candidate to face Oliveira (33-8).

According to Makhachev, ‘Do Bronx’ is well aware that his grappling skills will not be effective against the Russian. Hence, he would try to avoid him in order to match up with someone with whom he can be more effective.

The Russian contender also stated that the Brazilian’s recent opponents, despite being excellent strikers, were ineffective against his ground game and thus no one could ‘hold’ him.

Appearing in a recent interview with ESPN MMA’s Brett Okamoto, the 30-year-old Islam Makhachev had this to say:

“I know this, someone or Nate Diaz or Conor say let’s do it in September, Charles Oliveira is gonna fight in September too. He just run, you know. Because you know, he’s grappling on or other his skills not gonna working with me… Poirier or Chandler or all these guys have good striking but nobody when they drop him [Charles Oliveira] down… nobody go to the grappling with him. Nobody hold him there. But we know when someone give him hard time. He always give up.”

Confident in his ground game, Makhachev has claimed that the story won’t be the same if the Brazilian plans to fight against him. Speaking of how, he would successfully defeat Oliveira, the sambo world champion said:

“I’m gonna take him down and make him tired and he gonna give up like he did 10 time in UFC.”

Stylistically, no one has been able to answer Oliveira in years, but Islam Makhachev isn’t afraid to tussle with him on the ground.

“Honestly I believe I can finish this guy, and I really want to finish him in the grappling, in his area, and I know I can do this.”