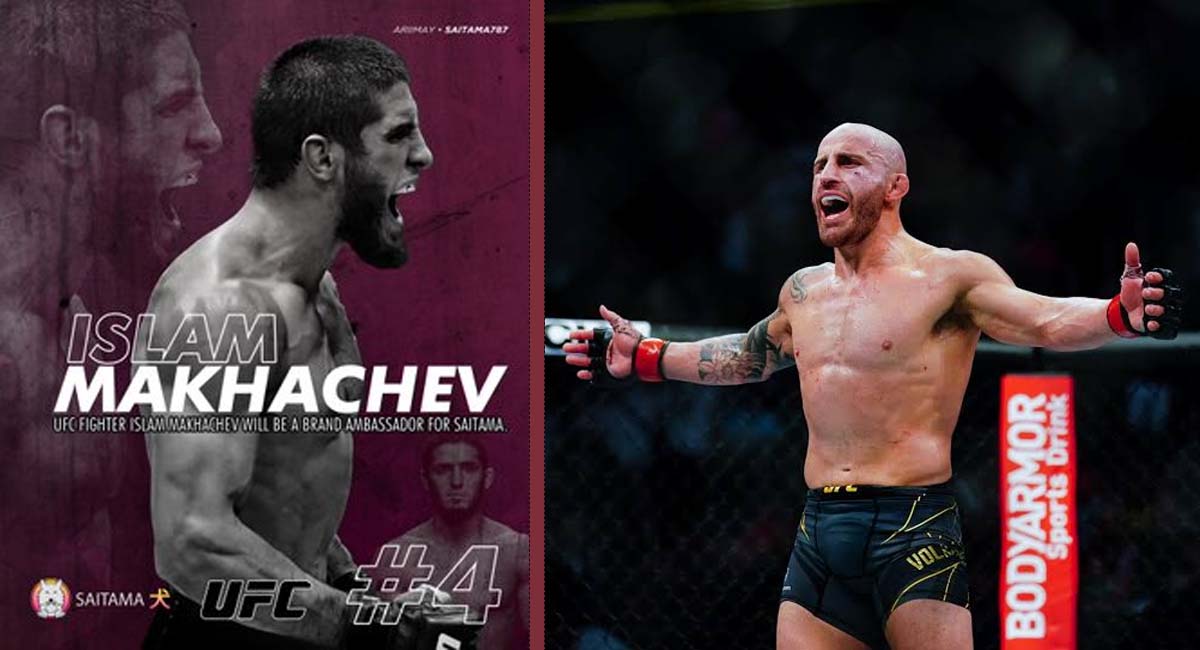 In a recent post on social media, Islam Makhachev fired off a warning to the featherweight kingpin, Alexander Volkanovski. He suggested that the Australian put a hold on his plans to expand his reign to the 155-lbs division.

Alexander Volkanovski most recently featured inside the octagon in a clash against ‘The Korean Zombie’, with his featherweight title hanging in the balance. After making short work of the longtime contender, Volkanovski offered fans some insight into his future plans.

‘The Great’ asserted that he preferred a move up to lightweight to lay claim to the coveted champ-champ status over handing title shots to featherweight contenders.

Interestingly, in a bid to mark his territory, Makhachev claimed that the next lightweight title shot was his. However, as far as Dana White is concerned, Makhachev needs to earn his place in the lightweight pecking order.

The UFC president asserted that Makhachev needed to record a win against Beniel Dariush before receiving a title shot. This came after the Dagestani took to Twitter to announce he’d be up for a short notice fight against Rafael dos Anjos at UFC 272, but later backed out.

The Dagestani phenom further argued that the featherweight division has a number of contenders for Volkanovski to lock horns with and stay active inside the octagon.

“Hold your horses cowboy., you have division full of young sharks, more than enough to stay busy. LW title fight is mine.”

Islam Makhachev is on a tear in the UFC lightweight division

Islam Makhachev, over the course of his storied career in the UFC, has managed to accumulate a record of 11-1 in the promotion. Having earned victories over some of the biggest names in the UFC, Makhachev is certainly a name in the title mix.

Makhachev is currently coming off a decisive first-round finish against Bobby Green at UFC Vegas 49. The duo headlined the action on the fight night card that took place at the UFC Apex in Las Vegas, Nevada.

Islam Makhachev was previously scheduled to lock horns with UFC lightweight contender Beneil Dariush. However, a broken fibula derailed the fight. Dariush sustained the injury while participating in some light sparring ahead of his highly anticipated clash against Makhachev.

The win marked the Dagestani’s tenth win in a row, putting him within arm’s distance of the title shot. Makhachev will await the results of the upcoming UFC 274 title fight between Charles Oliveira and Justin Gaethje with bated breath.

The highly anticipated clash is set to take place on Saturday 7th May 2022 at the Footprint Center in Phoenix, Arizona.