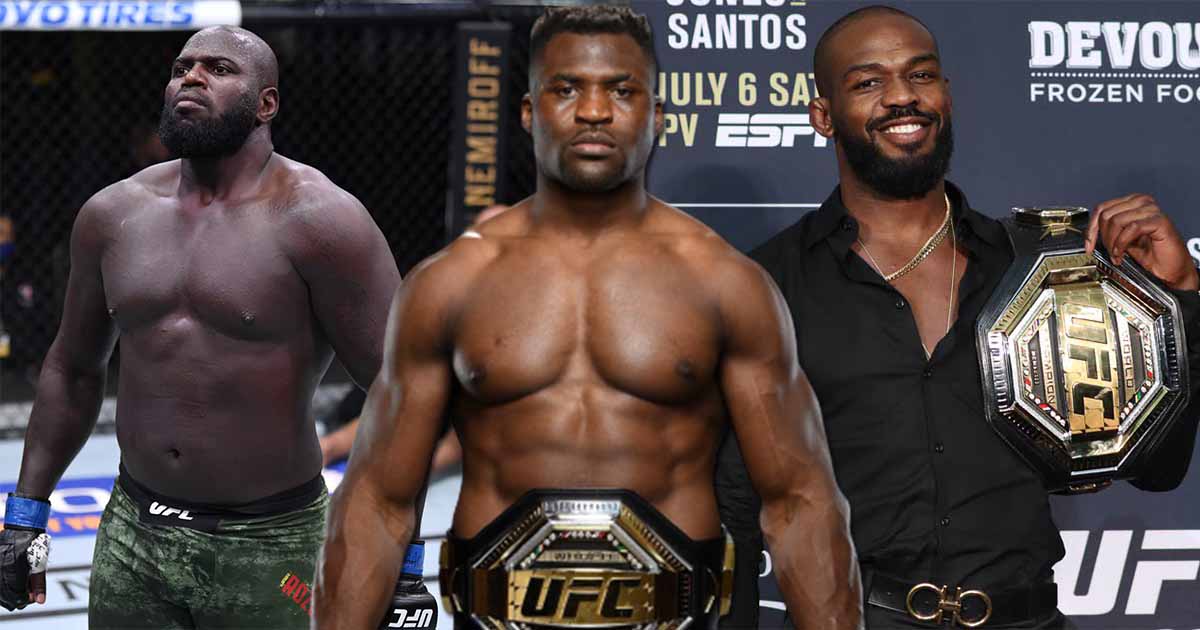 Jones recently revealed that he plans on being in “peak condition” and ready for a fight by the summer. However, he also said hasn’t received any offers from the UFC yet.

During an interview with Andrew Whitelaw, Rozenstruik was asked if he’d be willing to give Jones his first test at heavyweight. ‘Bigi Boy’ answered:

“Of course. I would fight anybody in the heavyweight division. Come on! If I got a chance to fight him, it’s a big opportunity, of course. To get a chance [against] the [former] light heavyweight champ, we don’t know what he’s gonna do at heavyweight, we’re gonna see it. But for now, if he steps up, let’s go.”

Jones has long been rumored to face Francis Ngannou for the heavyweight title. However, Ngannou’s status with the UFC is up in the air as he’s engaged in a contract dispute with the promotion. On top of that, ‘The Predator’ is currently sidelined following his recent knee surgery.

With that in mind, the Surinamese contender believes it’s only right for the UFC to create an interim title. He added that he doesn’t care about Ngannou’s situation as the heavyweight division should continue on with or without him. According to Rozenstruik:

“Me, I don’t care. If [Francis Ngannou] gets through with them, it’s fine. If he’s not, he got to take care of it. My focus is on my own career and I want to make everything count that I’m doing. So I wish him best of luck.”

For now, though, Rozenstruik will attempt to return to the win column after suffering a loss to Curtis Blaydes in his last outing. He will take on Marcin Tybura at Saturday’s UFC 273 pay-per-view event in Jacksonville, Florida.

Check out our exclusive interview with Jairzinho Rozenstruik below:

It’s been heavily speculated that Jon Jones and Stipe Miocic are the two men who will compete for the interim UFC heavyweight title in Francis Ngannou’s absence.

However, Jairzinho Rozenstruik believes active fighters like himself deserve the opportunity over the likes of Jones and Miocic, who haven’t been competing in recent months.

“Last time they talked about Jon Jones getting the interim title against Stipe [Miocic] and that’s not where my mind goes to. We’ve been here fighting, keeping the division running, and then other guys – not to take [anything] away, they’re great champions, they did a lot of things for the sport – but I think we [who are] keeping the division running, we should get a chance for the strap.”

Currently ranked No.8 in the heavyweight division, Rozenstruik will be looking to ascend the ranks with a win at UFC 273 this weekend.