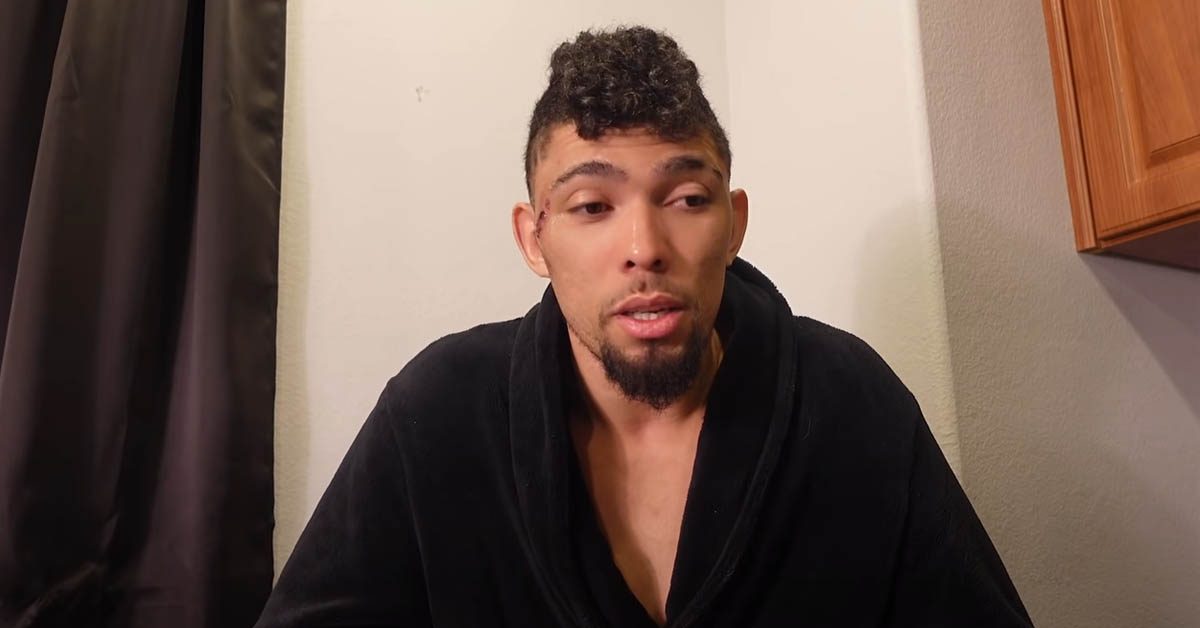 Johnny Walker recently went off on MMA fans for mocking his brutal knockout loss to Jamahal Hill. The Brazilian was put to sleep by Hill in the first round of their main event clash at UFC Vegas 48.

Walker has now slammed MMA fans for making jokes and memes about his loss without any consideration for his health. What further upset him was the fact that people were sending him memes personally via DMs.

In a video posted to his YouTube channel, the 29-year-old said:

“Like I train so hard, I am very commited to my career. And when I get to the fight and make my best to make the show for the fans. And if I get hurt or something like that happen, people just make jokes about the knocked out. They don’t care about my health even if I have brain damage.”
Watch Johnny Walker open up after his knockout loss to Jamahal Hill below:

Johnny Walker landed a few decent combinations on Jamahal Hill before the fight came to an abrupt end in the first round. Upon retrospection, Walker believes a few small mistakes on his part ultimately led to the knockout.

Explaining the sequences that led to the KO finish, Walker said that his forward momentum doubled the power of Hill’s fight-ending strike. In the same YouTube video, the Brazilian said:

“And then I make a little mistake when he changed southpaw for the orthodox. Then I step forward, I give my face, I give my body, I give distance to him. So he land the shot like straight away. Because I was giving my body and he punched together so double power you know. And on this division one bog punch to the face like that, when you go towards the punch that’s horrible. I got knocked out.”

Walker’s professional record dropped to 18-7 following his loss to Hill. He has now lost four out of his last five bouts and has fallen to the No.12 spot in the 205 lbs rankings. Having picked up just one win since 2019, he will have to make some wholesale changes to his game if he is to break into the upper echalons of the light heavyweight division.