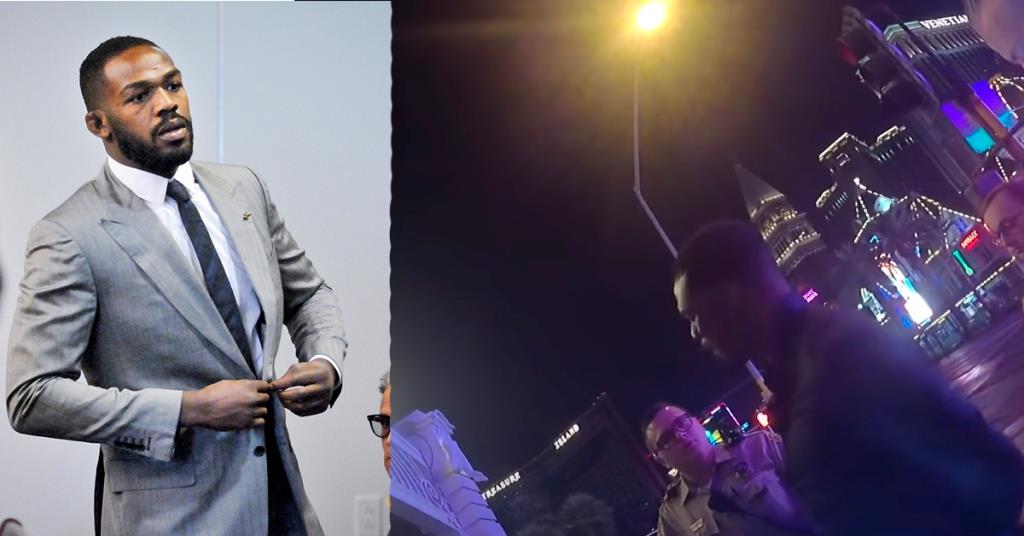 In the video, a clearly intoxicated Jones is seen crying and throwing a child-like tantrum, blaming the officers for ruining his “Hall of Fame night”. Jones repeated variations of “I hate you, you f***ing nerd” as the LVMPD members waited for him to calm down.

However, the ruckus didn’t stop there. Jones asked the police to reveal their identities, something the officers dutifully obliged. He then claimed he did nothing wrong and was simply being arrested because he’s “big and black.”

Tensions flared when Jones became agitated and smashed his head into the hood of the service police vehicle. At that point, the officers decided to put him inside the vehicle and presumably take him to the station.

Watch the footage of Jones’ arrest in Las Vegas:

Why was Jon Jones arrested in Las Vegas?

Jon Jones was arrested in September 2021 on charges of misdemeanor battery domestic violence and injuring or tampering with a vehicle.

According to a report made public by MMA Fighting, Las Vegas police responded to a domestic disturbance at the Caesars Palace Hotel & Casino. The department reportedly received a call stating that a white female adult was bleeding from her nose and mouth. The woman’s identity was later revealed to be that of the UFC suprestar’s fiancée Jessie Moses.

Based on her account, Moses admitted that Jones “got physical” with her as he pulled her hair to prevent her from leaving their hotel room. She denied that the former UFC champion struck her, but officers noted that there was blood on her clothing as well as dried blood on her swollen lip.

“It’s hard to bring this guy to Las Vegas for any reason. This city is not good for Jon Jones, and here we are again.”