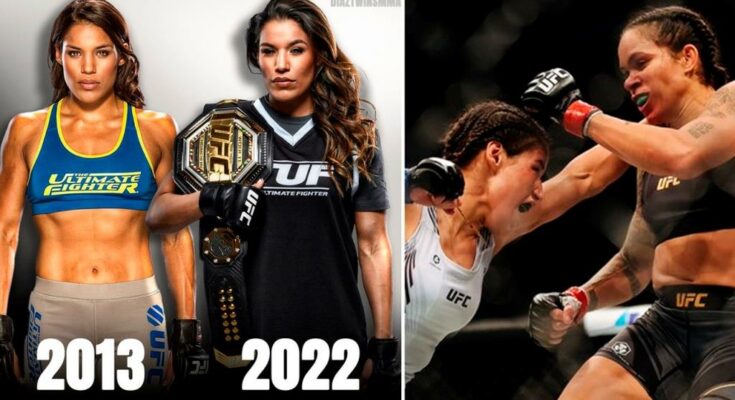 The UFC 277 pay-per-view this weekend will be headlined by Julianna Pena vs. Amanda Nunes 2 for the women’s bantamweight title.

Both fighters were part of The Ultimate Fighter Season 30 as the two opposing coaches. Their feud is expected to culminate with the rematch. However, this might not be the last time these two ladies cross paths in the UFC.

The co-main event of the pay-per-view will be contested for the flyweight interim title as Brandon Moreno and Kai Kara-France will lock horns in a rematch. An intriguing light heavyweight clash between Magomed Ankalaev and Anthony Smith is also set to go down on the main card.

Julianna Pena recently explained why she believes her rematch with Amanda Nunes will have the same outcome as their first fight.

Pena shocked the world at UFC 269 when she earned a submission win against the consensus greatest female fighter of all time. However, she had to go through adversity and take some shots from ‘The Lioness’. ‘The Venezuelan Vixen’ is expecting the same sort of fight in the rematch as well, as she told Kevin Iole of Yahoo! Sports:

“I took some shots. It wasn’t like it was just a walk in the park and I just got her down and choked her. You could see the mouth, underneath the eyes the swelling I had. I took some very heavy shots and I think the main difference in this rematch is not even a difference, it’s a similarity. I am still gonna take some shots. I am still gonna get in there, me and Amanda are literally two of the best fighters in the world. I am expecting to get hit.”

The bantamweight queen further stated that Nunes won’t be able to put her out with one shot and that will play a deciding factor in the rematch:

“It’s the one who backs up and can’t take the shots, that’s gonna be the loser… I am the wall that Amanda bashes up against when she realizes that she can’t put me out with just one shot. And so, I think that’s the main difference.”